Scottish financiers back independence as means of staying in EU 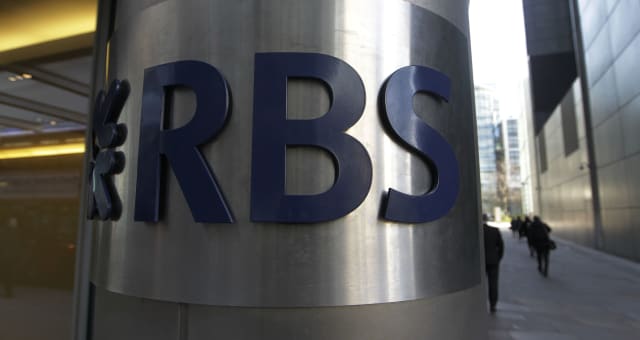 (Reuters) - A group of Scottish financiers came out in support of independence on Thursday to counter a flood of warnings over Scotland going it alone, cautioning that staying within the United Kingdom could mean losing European Union membership.

George Mathewson, former head of the Royal Bank of Scotland and chairman of Toscafund, and five other current and former Scottish financial players raised the possible risks of remaining in the United Kingdom in a letter to a newspaper.

Their positive view of a solo Scotland comes after a string of banks and financial services companies raised concerns over a vote for independence at a referendum on September 18, citing uncertainty over the currency, regulation and EU membership.

Mathewson, a longstanding supporter of independence who has criticized the UK government for using "fear" tactics to sway voters, and his co-signatories said not enough consideration had been given to the risks of a No vote, such as EU membership.

British Prime Minister David Cameron, faced with eurosceptic factions in his Conservative party and voters defecting to the anti-EU UK Independence Party (UKIP), has promised to hold a referendum on whether Britain should stay in the EU by the end of 2017.

"In the case of Scotland after a No vote, there is no clear plan for or certainty around taxation, regulation or the wider business operating environment, and no guarantee of continued EU membership," the financiers wrote in the letter to the Financial Times, stressing these views were personal.

"There are certainly opportunities to attract more jobs and investment to Scotland with the powers of independence and significant opportunities in an independent Scotland for financial services."

Tulloch declined to comment beyond the contents of the letter, saying it was "personal".

Scotland's future in the EU has become a major issue in the independence debate, with questions raised over whether the 28-member bloc would allow Scotland to join and in time between a Yes vote in September and going independent in March 2016.

The support for ending Scotland's 307-year tie to England follows a string of companies warning about the potential impact of Scottish independence on the financial sector that accounts for 12.5 percent of Scottish GDP and up to 150,000 jobs.

Blackrock Inc., the world's largest money manager, was the most recent to speak out, warning this week independence could raise regulatory costs for banks and insurers that could move operations to England to avoid paying additional fees to a new Scottish regulator.

Rising numbers of companies have gone public with their views as opinion polls show support for independence rising.

A YouGov poll on Wednesday showed support for independence rising two percentage points over the past month to 37 percent, while opposition to a split fell one point to 52 percent.

The poll of 1,072 people found 10 percent of voters remain undecided.

A row over the currency has taken center stage in the debate in recent months, with the Scottish National Party (SNP) wanting to retain the pound in a currency union with the rest of the United Kingdom but the main British parties rejecting this.

But a YouGov poll on Thursday found 45 percent of Scots believed finance minister George Osborne was bluffing. Only 40 percent think he was being truthful when he said Scotland leaves the pound if it quits the United Kingdom.