Signal problem may be at the root of plane's disappearance 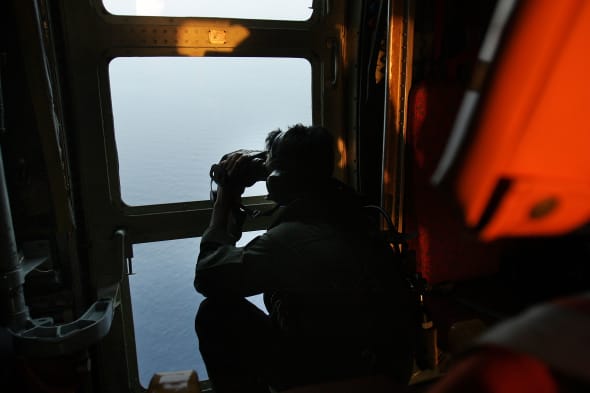 WASHINGTON (AP) -- A Malaysia Airlines plane was sending signals to a satellite for four hours after the aircraft went missing, an indication that it was still flying, said a U.S. official briefed on the search for the plane.

The Boeing 777-200 wasn't transmitting data to the satellite, but was instead sending out a signal to establish contact, said the official, who spoke on condition of anonymity because he wasn't authorized to discuss the situation by name.

Boeing offers a satellite service that can receive a stream of data during flight on how the aircraft is functioning and relay the information to the plane's home base. The idea is to provide information on whether maintenance work or repairs are needed before the plane lands so mechanics and parts can be ready, saving time and money.

Malaysia Airlines didn't subscribe to that service, but the plane still had the capability of connecting with the satellite and was automatically sending pings, the official said.

"It's like when your cellphone is off but it still sends out a little `I'm here' message to the cellphone network," the official said. "That's how sometimes they can triangulate your position even though you're not calling because the phone every so often sends out a little bleep. That's sort of what this thing was doing."

The continuing pings led searchers to believe the plane could have flown hundreds of miles or more beyond its last confirmed sighting on radar, the official said. The plane had enough fuel to fly about four more hours, he said.

The plane was en route from Kuala Lumpur to Beijing when radar contact was lost. However, messages involving a different, more rudimentary data service called the Aircraft Communications and Reporting System did not stop simultaneously with signals from the plane's transponder, a device used to identify the plane to radar, the official said. The data messages continued after the transponder went silent, the official said, although he wasn't certain for how long.

Boeing officials declined to comment when contacted by The Associated Press.