Lake Michigan set a record milestone this weekend when it reached 93.29 percent ice concentration on March 9, 2014, according to the Great Lakes Environmental Research Laboratory. The lab, which measures the ice concentration of the lakes daily, reports that the previous record for Lake Michigan was 93.1 percent set back in 1977. Researchers began keeping records in 1973.

However, the brutally cold weather began easing its grip over the weekend and the warmer temperatures resulted in major breaks in the ice covering Lake Michigan. The phenomenon was visible from space and photographed by a NASA satellite. The ice-break was so pronounced the Milwaukee/Sullivan chapter of the National Weather service issued a tongue-in-cheek 'ice berg alert' on Sunday via its social media accounts, along with the satellite photo seen below. 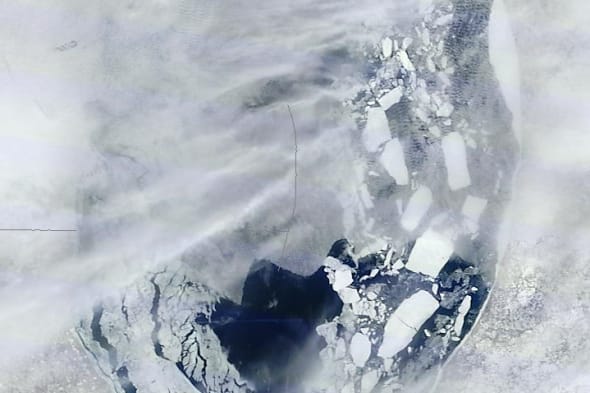 National Weather Service observers were hardly the only people to notice the ice-break. The dramatic ice caught the eyes of several airline passengers passing over the lake, who used their iPhones to snap breathtaking photos of the record-setting phenomenon.

Brianna Nelson, a 20-year-old student at Loyola University in Maryland, who was traveling back to school after spending spring break in Chicago, shot two extraordinary photos of the lake. Nelson was riding aboard a United Airlines flight and used her iPhone 5 to capture the images at around 2:30 p.m. local time on Sunday. 'The view was just so amazing,' Nelson told AOL.com in an email. 'I just had to snap as many pics as I could!' See her two photos below. Nelson who describes herself as 'a fan of social media,' posted the top image to Twitter, but said she 'never thought it would be that much of a sensation or that so many different people would see it.' 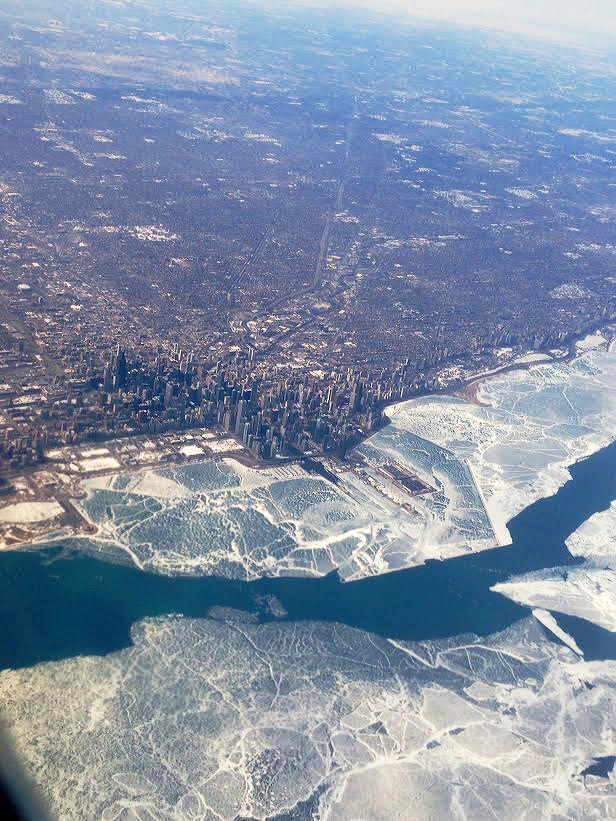 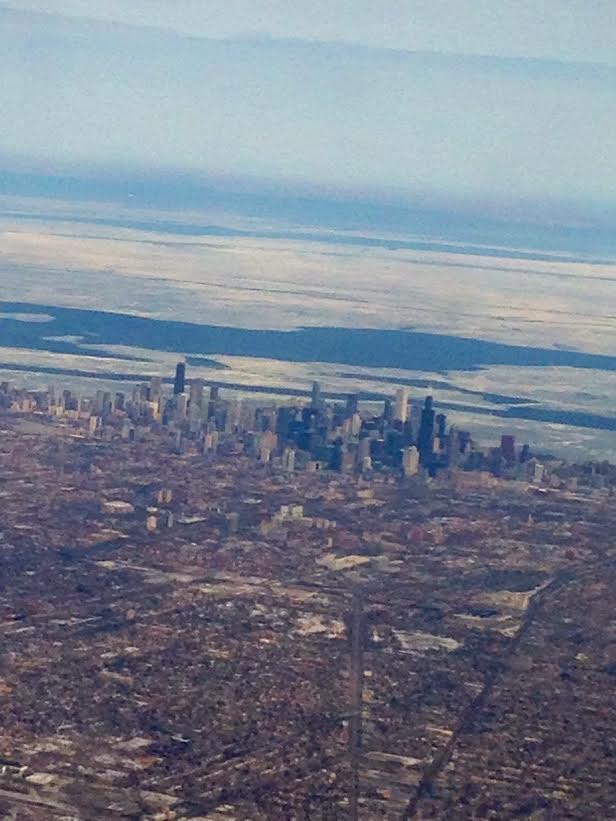 Heidi Einsweiler, 31, was flying on an American Airlines plane when she whipped out her iPhone 5 and 'just happened to catch a great moment.' Einsweiler, who lives in the Chicago suburbs and works as an analyst for the federal government, was on her way home from a business trip.

'I enjoy following weather-related news and several stories came out in preceding days about Lake Michigan's official designation as iced-over at 90 percent ice covered,' Einsweiler wrote to AOL.com in an email. 'So when we approached the lake from the Michigan side of the border, I started taking a few photos of the ice from my window seat. When we got closer to Chicago, the city looked so tiny and insignificant in contrast with the huge cracks in the even larger pieces of ice, and I thought it looked beautiful.' See Einsweiler's photo below -- her description is no understatement. After she shot the photo, Einsweiler said she tweeted the image at a local TV weatherman in Chicago who then retweeted it and used it on a news telecast. 'I've been surprised and amazed at the Twitter response since then!' 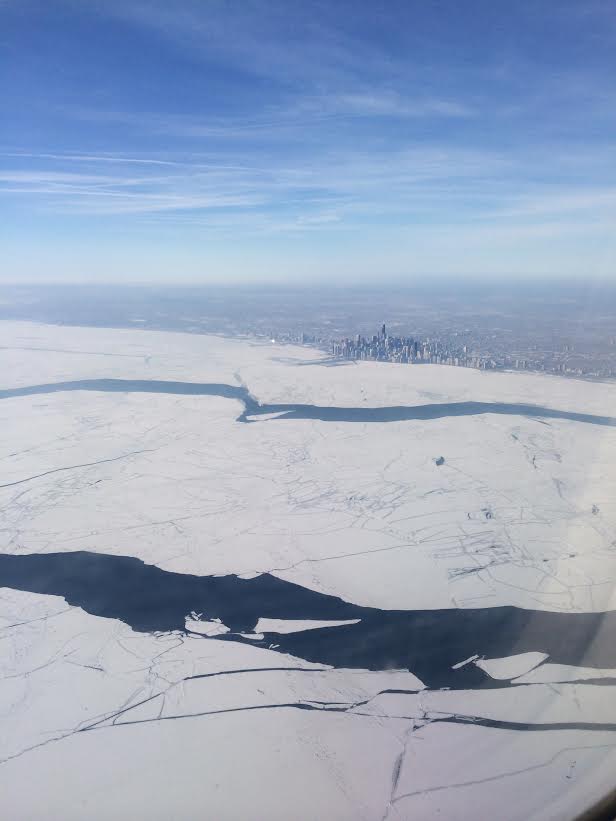 Finally, Jonathan Williams, 39, of El Dorado Hills, Calif., was aboard a Southwest flight from Sacramento to Chicago when he saw the below view from his window seat. Williams, who is a director of state and local government affairs for Intel Corporation, was traveling for work.

'I had read recently that about 93 percent of the Great Lakes are frozen,' Williams said to AOL.com in an email. 'Thought it was a great visual as the plane banked back over the lake and turned back south.' At that point, Williams took out his iPhone 4 and captured the breathtaking image. Later, like Nelson and Einsweiler, he posted the photo to his Twitter feed. See it below. 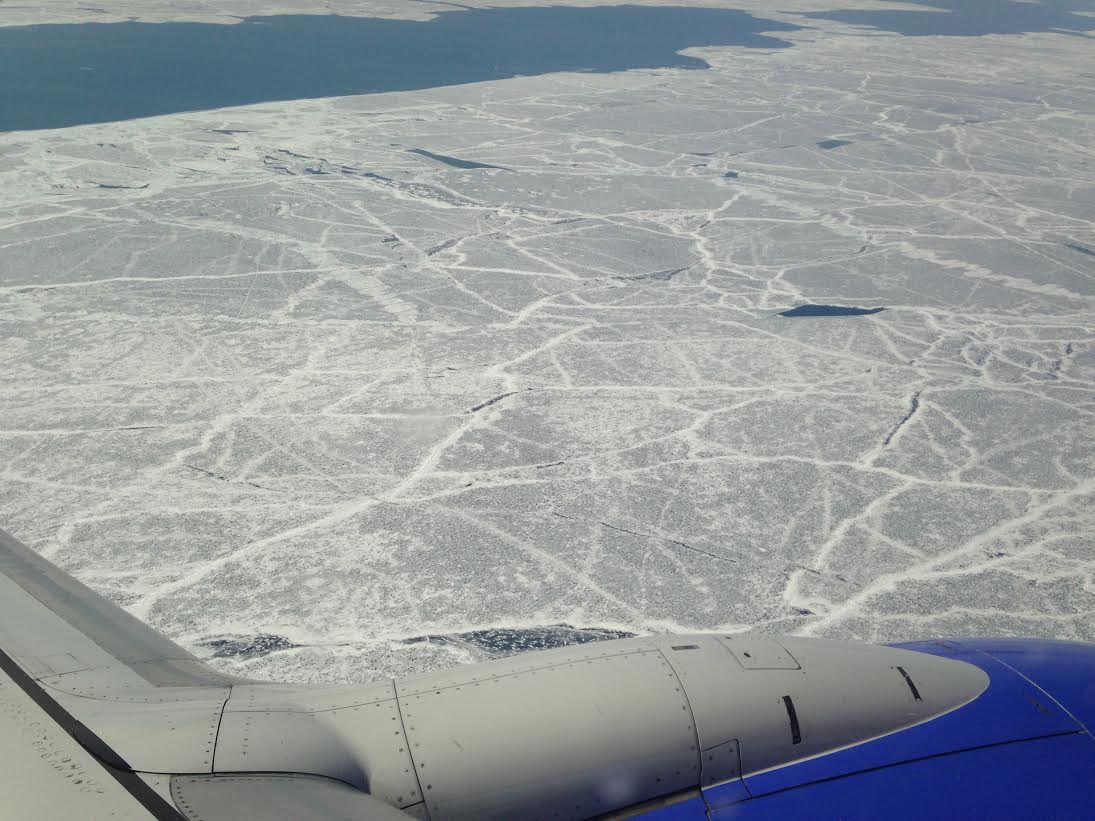