"He seemed really genuine and then when his slope style came around, I was watching it that night and I kind of made the connection. I said 'oh that's him, wow,' and so it sparked my interest again," said Rogers. 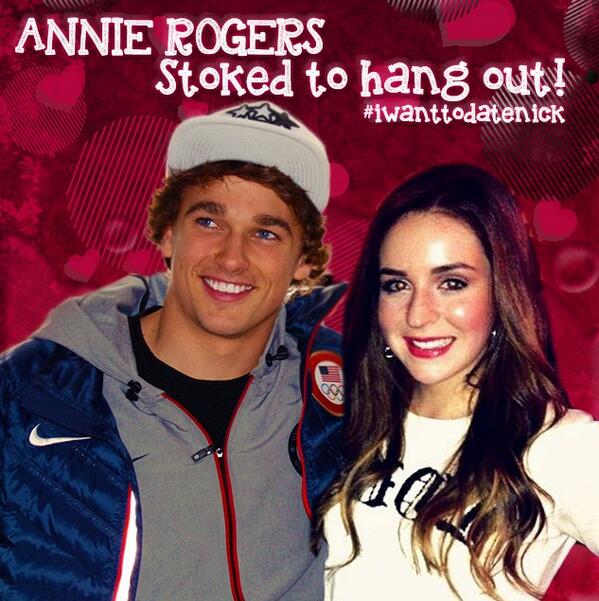 A senior Zoology Major at Kent State University, Rogers said after Goepper, 19, won his medal, she was encouraged by her friends to enter a contest in which he would take the winner out for a date.

"It all started when Nick posted a picture on his Twitter the day after he won his bronze medal saying he was going to take one lucky fan on a date when he got back to the states and so he wanted girls to submit creative Valentine invitations using #iwanttodatenick," said Rogers.

After starting one, she posted a personalized rendition of Jason Mraz's "I'm Yours," serenading the olympian and throwing in a few outtakes that she felt showed a little of her personality.

"I don't usually enter contests like this because it does seem so out of reach and it's kind of weird to ask someone you never met to take you out on a date. You know, it feels a little weird and creepy," said Rogers.

It was obvious the video quickly got Goepper's attention.

"I knew he had seen the video honestly because he re-tweeted it the day after I put it up so I knew he saw it and liked it," explained Rogers, saying she was still trying to keep her expectations down.

On Monday, she was on the telephone with a close friend, both of them monitoring Goepper's Twitter account when he announced the winner.

"He tweeted a picture that was photoshopped of he and I together and it was the strangest moment ever. I was just sitting there in disbelief. At first, I screamed a little bit. We both did, and we both went 'no way, no way, like this is a joke,'" said Rogers.

It was no joke.

"I don't really think it's sunken in yet; it's still very strange," said Rogers.

Rogers said she doesn't ski or snowboard, has never tried. She describes herself as just a "normal girl from Tallmadge, Ohio."

She expects to be contacted soon by Goepper with details of their date, which she expects will be in New York.

"I just think it's going to be a great time. I have heard such great things about him. He seems like such a fun, laid-back guy so even if nothing else comes of it, I just think we're going to have fun and have a great day."

Check out her original video here: