'Antiques Roadshow': $30 Ring Turns Out To Be Worth Fortune

On 'Antiques Roadshow,' a woman brought in a ring she won at an auction about two or three years ago. She paid just $30 for it, thinking it was just a cubic zirconia.

When she got it home, she noticed it was a lot nicer than a cubic zirconia. It had a lot more sparkle, and the band wasn't silver, it was platinum. It turns out her suspicions were right. 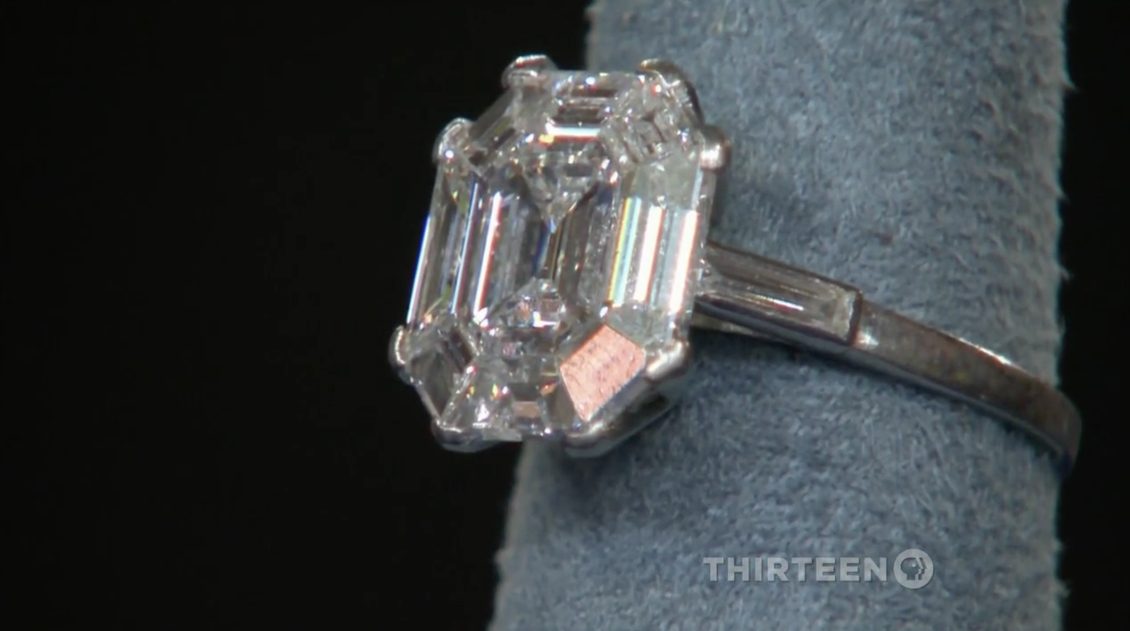 MARK SCHAFFER (APPRAISER): 'We tested it, we looked at it, we put it under the loop. We used the diamond tester just to be sure, but in fact it does test as diamond, not as CZ. What you have is a ring that looks like it's eight to 10 carats from the top, and ... it's a diamond.'

The appraiser said the ring dated back to the 1920s or 1930s ... and would be conservatively worth $25 to $30,000 retail. The woman had just one word for the reveal: 'Amazing.' She repeated it a few times after learning the ring's true value, saying she was in shock.

Tweeters were in shock, too:

How on earth could that auction house (?) not know they were selling a giant diamond and platinum ring? It had markings! #antiquesroadshow

Facebook fans were just jealous, saying they'd love to wear the ring even if it wasn't worth a fortune.
Read Full Story