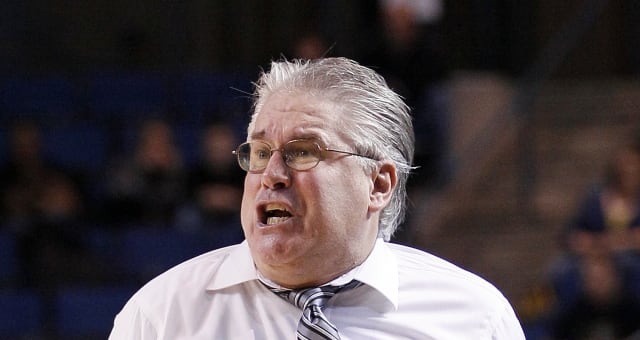 None of the Black Knights were seriously hurt when their bus was rear-ended by a tractor-trailer on the way back to their hotel before a game against Lehigh in Bethlehem, Pa., on Wednesday.

"We were really fortunate," Magarity told The Associated Press in a phone conversation Wednesday night. "I think I got the worst of it. Our driver was being really cautious with the weather being as bad as it was with the snow."

The entire traveling party for the women's basketball team was taken to area hospitals as a precaution and everyone was released by late afternoon.

"There were some neck things, some whiplash things, a lot of the kids had bumps and bruises," Magarity said. "All in all everyone is OK."

Magarity was sitting in the front seat of the bus for the 15-minute ride back to the hotel when he was thrown across the aisle and landed on the floor. He said it took more than an hour to pry out the driver of the truck, and his condition was unclear.

"They did a CAT scan on my back and everything is OK," he said. "I'm sitting there wondering when we can make this game up."

The team spent the night at a hotel and will return to West Point on Thursday.

"These kids were so composed, handled it so well," Magarity said. "We had to get them off quickly. The driver did a great job. Everyone in the area from the EMTs to the hospital staff to the hotel personnel have been great."

No makeup date for the game, which was postponed, had been set. Army returns home to play Navy on Saturday.

The accident came nearly a year after the University of Maine women's basketball team ran off a highway north of Boston that left a player with a broken hand and the coach with minor facial cuts.

"I remember what happened to them," Magarity said. "They went across two lanes of I-95. That scares you. This was scary because of the force of impact. But fortunately our biggest problem now is getting our stuff off the bus, which was impounded."