A penny inside man's desk drawer could be worth $250K

Randy Lawrence was the lucky holder of one very rare, aluminum penny -- and he had no idea.

Lawrence thought it was a 'worthless souvenier,' and it spent more than 30 years in his desk drawer.

The coin, along with a collection of others, had been given to him by his father. In 2013, Lawrence put the coins in the trunk of his car while moving from Denver to La Jolla. Lawrence drove around with them for about a month before deciding to sell them to a local coin shop on a whim.

Michael McConnell, the owner of the coin shop, first suspected the penny was a souvenir from a foreign mint. He later discovered it was actually a 1974-D aluminum penny from the Denver mint.

Only 10 were created and it was previously thought that they were all destroyed.

Realizing that Lawrence had no idea about the penny's origin, McConnell decided to call him to share the good news. They're going to split the profits from teh coin's upcoming sale.

It's expected to be auctioned off in April. 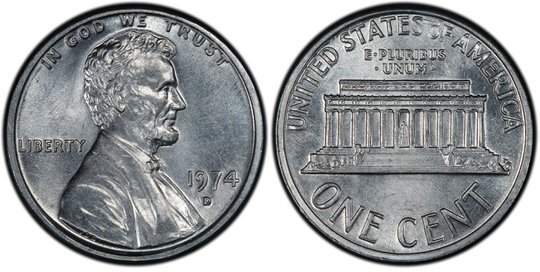