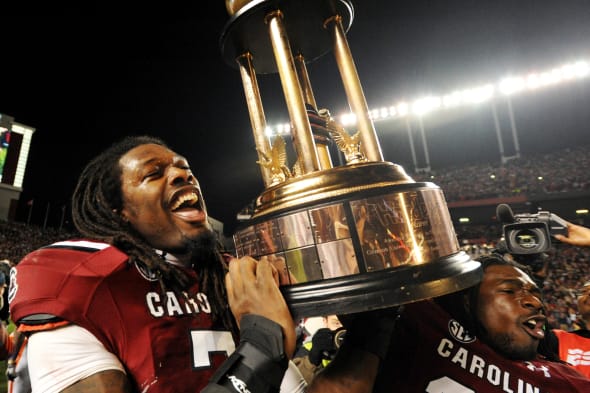 After two legendary seasons, Jadeveon Clowney, one of the best defensive players in Carolina history, confirmed that he would skip his senior season and enter the NFL draft.

'So this is your last year in a Carolina uniform?' an ESPN reporter asked him on camera within minutes of the Gamecocks' 34-24 victory over the Wisconsin Badgers in the Capital One Bowl.

'You're declaring for the NFL draft?'

Though a disappointing 2013, Clowney ranks top three in Carolina history in force fumbles, tackles for loss and sacks. Analysts suspect he'll be a top-three draft pick, and that there is very little in the way of a million-dollar paycheck.

'I'm gonna miss everything about Carolina; I love everyone here.'