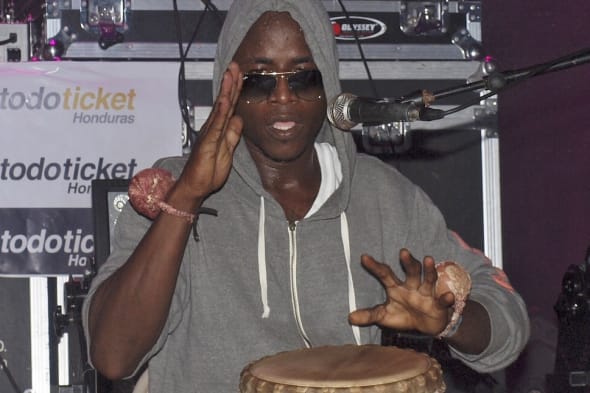 TEGUCIGALPA, Honduras (AP) -- The great-granddaughter of heiress and socialite Marjorie Merriweather Post has been found slain at her luxury spa resort on the Caribbean island of Roatan, Honduras police said Friday.

"She was a good woman who worked with young people at risk, drug addicts and alcoholics," Madrid said.

The suspect, Lenin Roberto Arana, told police that he and Dye, 46, had been romantically involved, Madrid said. Arana, who used the stage name "The Canary," told local reporters that he was innocent.

Madrid said Dye had been living for 15 years on Roatan, where she ran the Baan Suerte luxury spa.

Dye, of Santa Monica, Calif., told an alumni publication of her alma mater, George Washington University, last year that she shared a love of risk-taking and adventure with her great-grandmother, who inherited the cereal company that would become General Foods Inc.

"My friend and I had an idea to start a business," Dye told the alumni magazine. "I wanted to go to Asia but she said `No, Central America is closer. If (the business) fails, we can swim home.'"

Madrid said Arana had been captured wearing blood-soaked clothing as he tried to flee in Dye's car.

"I'm innocent," Arana told local reporters. "Nedenia was like a mother to me. She protected me."

Police said Dye appeared to have been stabbed many times in the back.

Roatan is an island renowned for its scenic beaches, scuba diving, luxury resorts and vacation homes.