Okinawa governor gives go-ahead for new US base 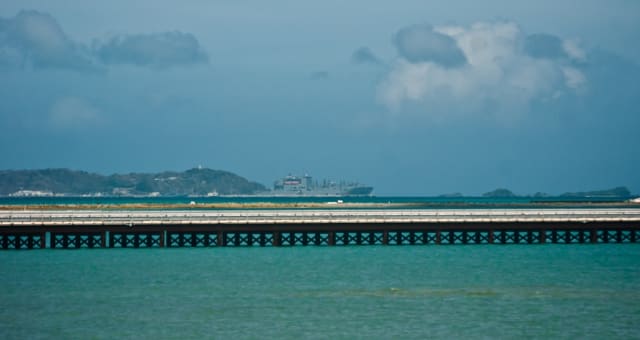 TOKYO (AP) - The governor of Okinawa gave the go-ahead Friday for land reclamation to begin for a new U.S. military base, advancing the effort to consolidate the massive U.S. troop presence on the southern Japanese island but also making protests from residents likely.

Gov. Hirokazu Nakaima approved the Japanese Defense Ministry's application to reclaim land for the base on Okinawa's coast to replace the U.S. Marine Corps base in Futenma, a more congested part of Okinawa's main island.

But he later told a news conference that he would continue pressing to move the Futenma troops off Okinawa entirely, noting estimates it would take 9 1/2 years to build the base.

"My thinking remains it would be fastest to relocate outside (Okinawa) prefecture to a place where there is already an airport," he said.

He added that he approved the land reclamation because it met all environmental requirements.

"What the governor has done is unforgivable," said Yuichi Higa, the head of the assembly in Nago city, where the new base is to be built. "Residents who are opposed will surely resort to the use of force, such as blocking roads to stop this from happening."

Hiroshi Ashitomi, head of an opposition group in Nago, said his group would file a lawsuit seeking to cancel the governor's approval of the land reclamation.

The decision was a politically difficult one, and came only after Japanese Prime Minister Shinzo Abe met with Nakaima in Tokyo on Wednesday and offered him a package that included pledges of increased financial assistance for Okinawa.

While the base consolidation plan is designed to reduce the impact of the U.S. military on Okinawa, opponents want the Futenma base moved off Okinawa completely.

About half of the 50,000 American troops in Japan are based in Okinawa, and many residents complain about base-related crime, noise and the risk of accidents. The new base is part of an agreement that would also move 9,000 Marines off Okinawa, including transferring 5,000 to Guam. The original agreement to close Futenma was signed in 1996, but it has been delayed repeatedly.