The history of 'The Elf on the Shelf' 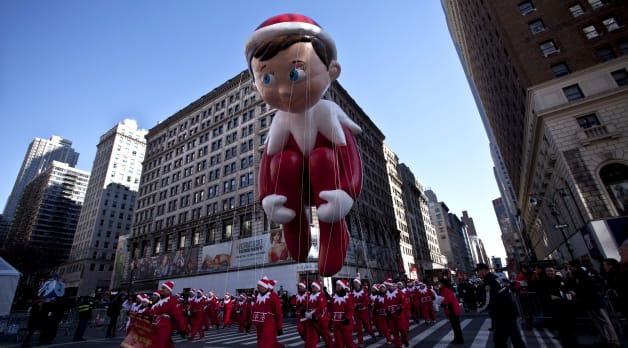 So where did this popular elf come from? The North Pole, of course, but he was popularized by Carol Aebersold and her daughter Chanda Bell.

In 2005, the children's picture book 'The Elf on the Shelf: A Christmas Tradition' was released by Aebersold and Bell. The premise was simple - this little elf was sent from the North Pole to watch over children. At night, the elf would return to Santa to tell him about the children's behavior and return home to take up a new position in the house.

In the last decade, this elf has collected numerous accolades, including Learning Express' Best Toy Award in 2008, 2009 and 2010.

For those of us that were not children of the new millennium, the Elf on the Shelf phenomenon is still fairly new but you can find photos of this watchful elf in all kinds of places and getting up to lots of mischief of his own.
Take a look at some of our favorite Elf on the Shelf moments from 2013 so far in the gallery below!