For those with Down syndrome, improv group instills self-confidence 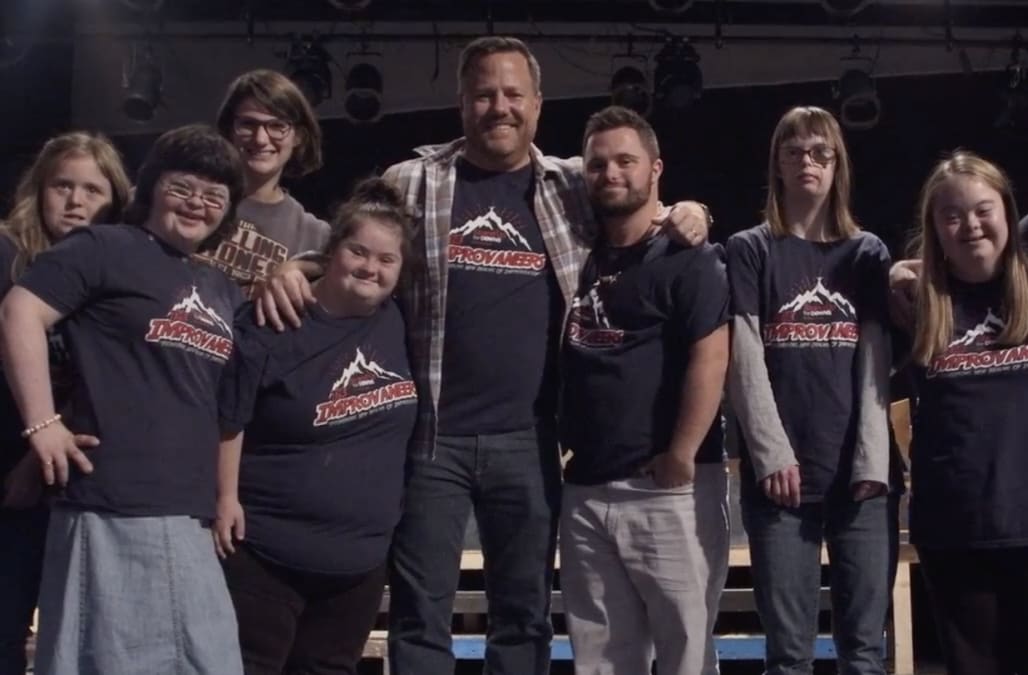 Good People profiles everyday individuals who are bettering the lives of those in need and improving their communities.

According to Healthline, approximately 6,000 babies in the United States are born with Down syndrome — a common chromosomal disorder usually characterized by low muscle tone, small stature and almond-shaped eyes that slant up — every year. Though local and national support networks exist for individuals with the condition, few have encouraged the sort of self-empowerment that Robert Snow's Ohio-based organization, Stand Up for Downs, has.

In 2009, Snow and his wife Ellen had their second son Henry, who was born with Down syndrome.

"You know, we didn't know when he was born that he was going to have Down syndrome," Robert told In The Know. "We had all of our challenges like so many parents do and trying to understand Down syndrome and what it means, but, ultimately, you are committed to your child no matter what."

Robert said he and Ellen were determined to give their child the best life possible. Drawing from his background in stand-up comedy in Chicago and his wife's expertise in event-planning, he came up with Stand Up for Downs in 2013. Per the nonprofit's website, the organization was initially created to simply "enhance the lives of those with Down syndrome through humor" via the fundraising and production of comedy events.

By 2017, however, Robert became disillusioned with the nonprofit's direction, according to the organization's website. In an effort to engage more with those with Down syndrome, he began offering improvisation classes for people of all ages and skill levels.

"If we can get improvisation started at an early age, they're going to be that much stronger as they grow into adulthood and transition into some of these professions that, you know, are going to be much more fitting to their abilities," he said.

The next year, following rounds of auditions, Robert created the Improvaneers, an improv troupe that currently consists of six females and four males all over the age of 19. Since the group's founding, its members have become increasingly confident in themselves, all while sharing a stage that allows them to authentically express themselves without judgment, he said.

"They are such a family, and there's such an incredible support for one another amongst this team," Robert told In The Know. "I've never seen anything like it."

The improv group normally begins the day with a quick brain and action-oriented game before diving into any given scene.

"They bring a curiosity, [an] energy and an honesty in everything that they do for us on stage," Ellen said.

In an interview with In The Know, several members of the troupe and their relatives echoed a similar sentiment, claiming that Stand Up for Downs has given those with Down syndrome an outlet to be themselves.

"When I'm on stage, I feel like I can do anything like a star," Improvaneer Audrey Costilow said.

One mother said the same for her son.

"When I saw him leading on the Improvaneers, I'm so proud of him and how much he has stretched his self and taken himself out of his comfort zone," Lisa Doyle said of her son Nick.