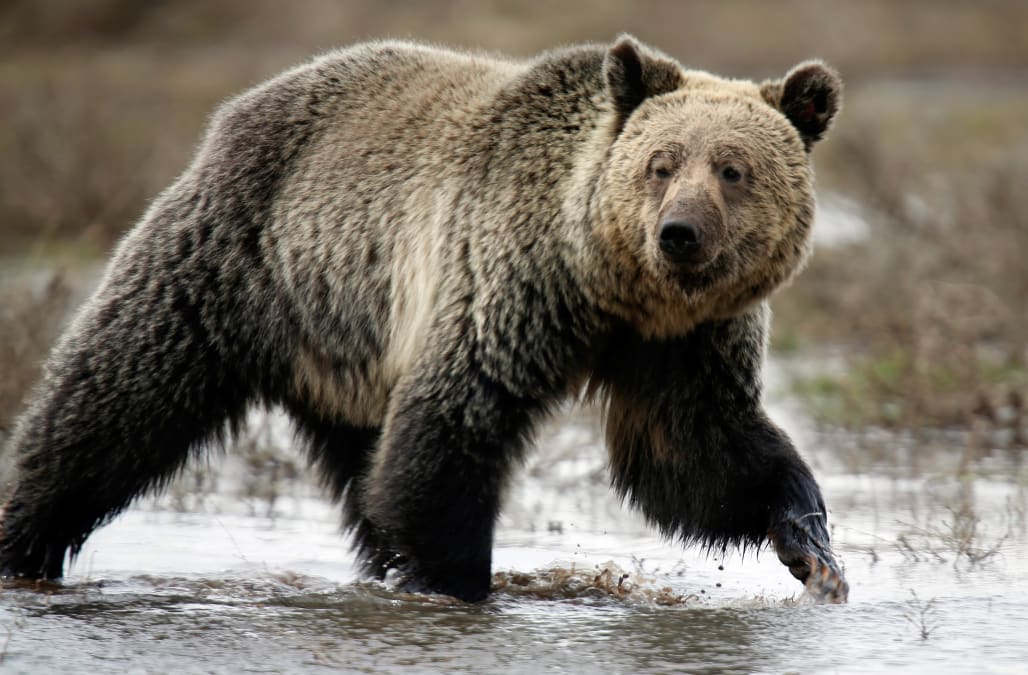 The U.S. Department of the Interior announced Thursday the bears would soon be taken off the endangered species list.

There were once over 50,000 grizzly bears in the lower U.S.; but thanks to hunting and trapping, that number plummeted. Today, the Greater Yellowstone population has rebounded from a low of under 150 individuals to around 700.

The bears and humans used to interact a lot more. In order to help the bears recover, conservation officers had to break the association between humans and food, something that was once pretty strong.

The U.S. Fish and Wildlife Service actually delisted the grizzlies in 2007, but a federal judge overturned the ruling and put grizzly bears back on the list.

In 2016, the Obama administration proposed delisting the bears again. Since then, the U.S. Fish and Wildlife Service has been reviewing states' conservation plans and comments by the public.

The decision will allow Montana, Idaho and Wyoming to organize hunts for grizzlies. Bears inside Yellowstone and other national parks will still be protected.

Some conservationists are worried the Yellowstone grizzly is on a genetic island, isolated from other bear populations. Losing protection could have a devastating effect on the bears' genepool.

One conservationist told NPR it can take grizzlies decades to recover from population decline because the bears are some of the slowest reproducing mammals on the planet.

And Native American tribes aren't pleased either. Last year, 125 tribes signed a treaty opposing the delisting of grizzlies. They believe the government should consult them before making changes to the bears' status.

But Interior Secretary Ryan Zinke sees the bears' recovery as "one of America's great conservation succeses."

The Interior Department says it's going to post its final rule on the bears soon. The new rule will take effect 30 days after that.

More from Newsy:
After Shooting, Congressman Introduces Concealed Carry Reciprocity Act
John Oliver Is In Legal Trouble For His Rant About A Coal CEO
These Oil Companies Want To Put A Tax On CO2 Emissions