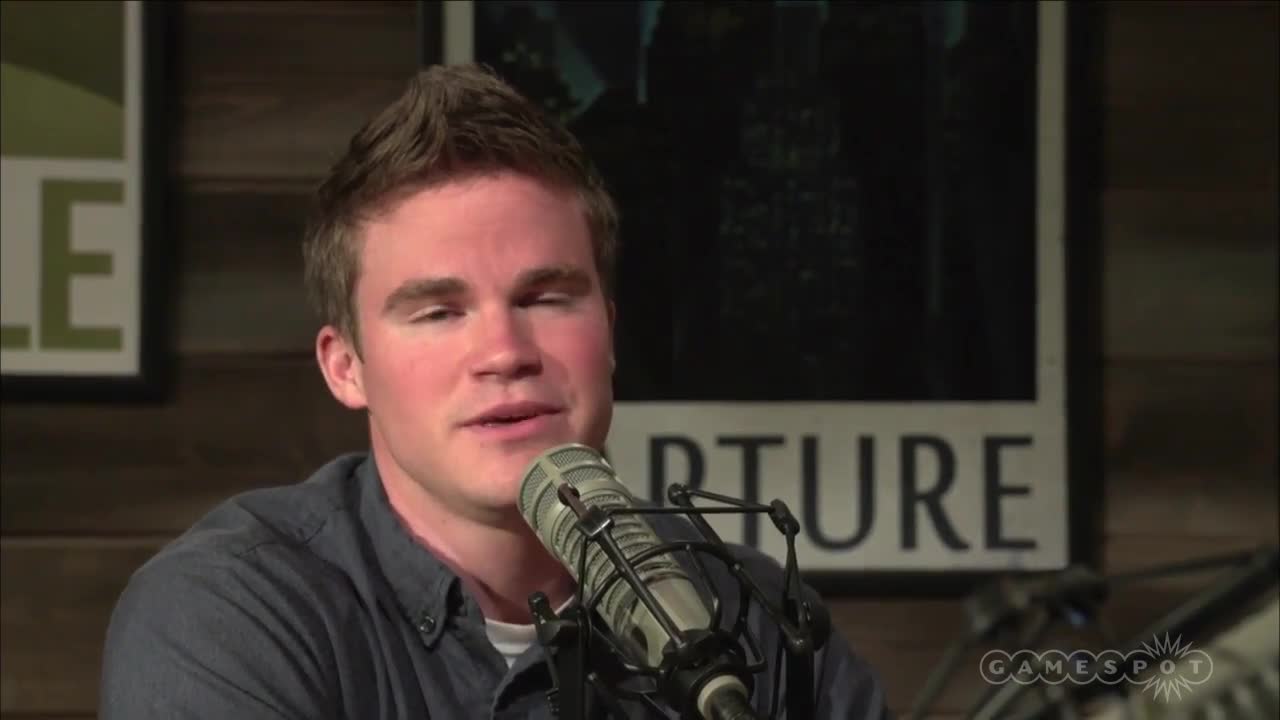 E3 2016 is days away and we have our ears to the ground awaiting anymore speculation and buzz before the big show starts this weekend. We love (attempting) to predict the impossible when it comes to E3, so we shined our crystal ball to come up with a few predictions for E3. There it is now! We can sense something, it's blurry, but we can...hold on...yes...there will be games this year. Lots of them...

Up until a few weeks ago, we thought this year's E3 would be rather...boring. While there's always the typical big Fall games that get release dates and a few announcements of sequels, what makes this year's show way more intriguing are all the rumors swirling around the existence of new consoles from both Microsoft and Sony. Each has had a number of tidbits leaked to the press already, and one company's plan might have influenced the other, so we're quite enamored with the speculation around a potential mid-generation upgrade to your current consoles.

In fact, we are pretty certain you'll see an official reveal of the Xbone One Slim and a new Playstation bundle. The other hot trend at the show will be virtual reality. Expect to see the show get taken over with new VR hardware and software, as more and more companies try to throw their hats into the ring. Sony's PSVR, the HTC Vive, Facebook's Oculus Rift, and Microsoft's HoloLens are all going to be there, as well as plenty of games to show off the future of gaming.

As for each of the press conferences, here is our quick takes on each company and what new game reveals and surprises they could have in store for us:

Bethesda - We already know Dishonored 2 is going to show up with first time gameplay demos, as well as Fallout 4 and Doom downloadable content. Our guesses for what new stuff will be there: a revival of Prey 2, a sequel to Wolfenstein, a revamped Battlecry, the follow-up to The Evil Within, and dare we say a new Elder Scrolls project of some sort will show up. Might be the card game, might be something new, who knows. Like a Skyrim remaster, that sounds about right.

EA - EA's pre-E3 event will focus on games coming within the next 9 months or so, and will not be full of too many shockers. Titanfall 2 will be playable, as will Battlefield 1, and all of their sports games. Mass Effect: Andromeda will get a trailer for sure, and Star Wars and Mirror's Edge will also get some love. What we don't know for certain, but really hope shows up, is a teaser for Visceral's newest Star Wars game, and whatever Criterion Games is working on. Even Bioware has a new IP and we doubt that is coming, although we hope it is.

Microsoft - In terms of games that will be at Microsoft's show, there are several that are already confirmed. Gears of War 4 will be there naturally, Forza Horizon 3 will get a new locale for you to drive around in, Crackdown 3 will get some snazzy new gameplay clips, ReCore and Scalebound will get more information revealed, Halo Wars 2 will be shown off for the first time, and Rare will show off Sea of Thieves as well. We expect there to be some talk of new hardware and console updates, like HoloLens and more VR, but we are throwing our weight behind some bold predictions. Namely, Dead Rising 4, a new character from the Gears universe for Killer Instinct, a new Age of Empires, a new Battle Toads, and an impressive new debut for Dean Hall's newest entry (he created Day Z). And we would kill to get Phantom Dust back, as well as confirmation that Yooka-Laylee is really a Banjo-Kazooie game in disguise.

Ubisoft - Ubisoft has most of its line-up already announced from last year's show. There will be no Assassin's Creed this year, which leads the way for the new South Park RPG, the new Ghost Recon, For Honor, The Division DLC, and Just Dance 2017. What we anticipate is going to be the big twist of their press conference is Watch Dogs 2 and a new AAA intellectual property. Also, maybe some Rayman Rabbids might show up, you never know with them. We have our fingers crossed for Splinter Cell and Beyond Good & Evil 2, but that's just dreaming on our parts.

Sony - Most of Sony's presser will be about the games, since the new PS4 they want to run with 4K isn't going to be there. The Playstation VR headset will be, so that might take a good chunk of the time. The Last Guardian, Gran Turismo Sport, Drawn to Death, Horizon: Zero Dawn, and Detroit: Become Human are all going to be there, but Sony has a lot of tricks up their sleeves yet to be leaked to the press. We are predicting a slew of big name surprises, like The Last of Us 2, the new God of War reboot, Knack 2, a Spider-Man game developed by Sucker Punch Studios, and a new game from From Software (perhaps a Bloodborne sequel).

Our prediction on what won't be there:

But also some other stuff that you thought might be at E3, and we just don't have the heart to tell you it probably might not happen this year. Here is what we think will miss the show completely:

- Nintendo's NX and MH, their code named new home and handheld consoles, will not be at the show in any capacity. No one from the company will publicly or privately talk about them whatsoever. They will be no shows, total ghosts.

- Nothing Valve related will come out at this E3. No Left 4 Dead 3, no Portal 3, no new games from them at all. They don't go to E3 very often, and the one time they did it was to announce a port of a game.

- Rockstar's Agent, the long gestating and probably cancelled spy project that was announced eons ago at a Sony show. They are working on Red Dead Redemption 2 most likely, this is all but a running joke in the industry at this point.

- Ken Levine and his game will be a no show at E3. As cool as his new game sounds, it's too early to reveal, plus E3 sounds like it's too loud and busy to show such a title from him. He's low key, so this will get another time to shine, but not next week.

- Borderlands 3 will miss the show, because it's too early for that game to have any footage or news. It gets talked about by Gearbox at every PAX, and we do not anticipate this one is ready to show off at any level to the public.

- A sequel to Sunset Overdrive will never happen, which makes us very sad, but Insomniac isn't making it. The game barely sold over a million copies, and as much as we loved it, it is just meant to be a hidden gem.

- EA is making a ton of new Star Wars games, and one of the best developers on the planet, Respawn Entertainment, is working on a new one. But we will not see their efforts, because they are trying to finish Titanfall 2 and won't have time at EA's event to squeeze it in. Plus, it's way too early.

- Capcom will not show Deep Down because it isn't a game, it's a tech demo. It isn't real and we highly doubt they are planning on making it. If they can't do a new Mega Man, why bother with a Dark Souls knock-off?