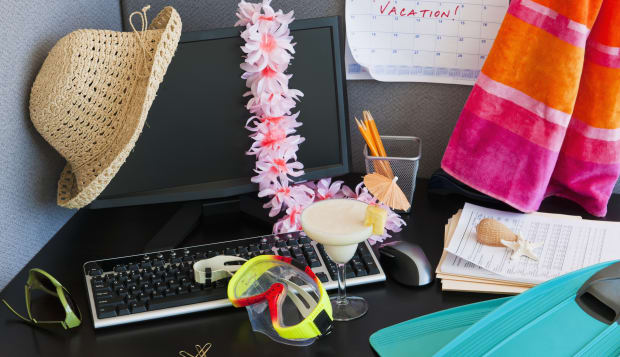 Based in San Francisco, Betabrand is a 60-person e-commerce retail company that keeps up with its fellow savvy branding startups by hosting hackathons and running ad campaigns that feature female PhDs instead of professional models. Now, after Betabrand's cofounder Chris Lindland learned how many of his employees had never traveled abroad, he came up with another idea.He consolidated all his company's spending on one corporate credit card that earns frequent flyer miles for every purchase. It was now easy to send employees on dream vacations at no extra cost to the company. Betabrand covers the employee's flight and four nights at a hotel, as well as passport-renewal fees, if needed. Vacation time is also not docked on these trips, though Lindland encourages staffers to take the trip over a long weekend, so they will only be missing two or three days of work.

So how do employees obtain these coveted vacations? They need to write where they want to go and why, with a lucky winner chosen every four or six weeks. The person who traveled last is obligated to hold a "Fun Raiser" for the next traveler, where employees and friends gather at a bar and pass the hat for donations. The donations go to the adventurer's additional expenses, such as food and drink. The traveler is encouraged to send dispatches throughout the trip, so that all employees can feel involved in the person's experience, and hopefully, not get jealous! So far, Betabrand staffers have traveled to Iceland, Ireland, and France.

Will other company's follow Betabrand's lead and start offering all-expenses paid international vacations? Such an idea raises morale and by using points, it costs a company close to nothing. Sending employees to faraway places could even make them return more creative. Either way, as a perk, it sure beats a company buying a new beer pong table.
Tags
Read Full Story