How Veterans Are Helping Veterans By Hiring Them 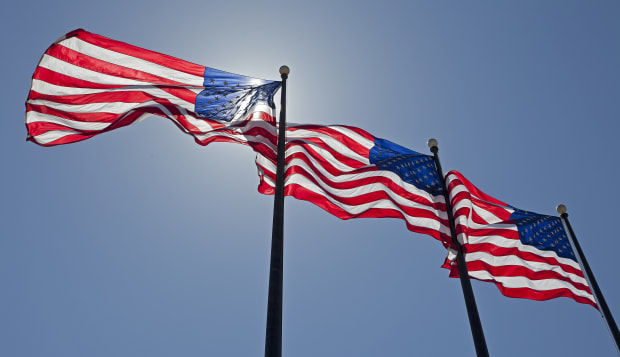 Many Americans celebrate Veterans Day by honoring the service of current and retired military personnel, but some individuals spend every day of the year ensuring that veterans successfully re-enter civilian life. AOL Jobs spoke to two companies dedicated to seeing that veterans lead successful post-military careers.

Advanced Technology Services (ATS) helps manufacturing companies become more productive by implementing world-class maintenance. They work to make factories run better. With a headquarters in Peoria, Illinois, they employ approximately 3,000 people across the United States, Mexico and the United Kingdom. Approximately 25 percent of ATS associates have a military background and the company has hired over 200 military veterans in the last twelve months.

Genesis10 is a New York City-based staffing and consulting company focused on business and IT roles, with offices around the country. The firm has its own Veterans Program, which proactively prepares veterans for success in business and IT positions."We're not looking to have veterans be truck drivers or security guards," said Nick Swaggert, Director of the Genesis10 Veterans Program. "We want them to have a chance at white-collar business and IT roles. Project manager, program coordinator, data analyst, GIS analyst, data technician, customer service support roles. A career, not a job."

Many companies have respect for military service, but that support does not always turn into jobs for veterans. Potential employers appreciate veterans' great work ethic and punctuality, but they don't always understand how veterans' technical skills might translate to their company. On the veteran side, if individual veterans have never worked in the civilian sector, they don't know how their skills translate into the workplace.

"The transition from military positions to civilian life is not always an easy one," said Jeff Owens, President of Advanced Technology Services. The statistics reflect this viewpoint. Unemployment for veterans under the age of thirty was 12% in 2014, double the national average of 6%.

ATS combats such statistics by actively recruiting veteran employees. When ATS searched for patterns among their best employees, the company discovered that one common denominator was being former military. So they made an effort to increase the number of employees with military backgrounds. They approached the military's official programs, advertised in military-friendly publications, and had several full-time staff recruiters dedicated only to the military.

"What I love about veterans is their can-do attitude," said Owens. "They can go get it done. Barriers are not a big deal for them. Professional, clean-cut, all the things we look for in our culture, they fit perfectly. Our customers recognize their professionalism and the way they organize things."

Both Genesis10 and ATS, in addition to providing veterans with jobs, work to make that transition easier. ATS addresses the cultural and personal aspects of the transition by providing a veteran host to new employees. The host coaches and supports the new employee, by showing them the differences between past military work and current commercial and office work, such as dealing with customers. The company also provides formal technical training to help new employees transfer their skills. For example, the training bridges the gap from working on a helicopter or an airplane in the military, to working on a machine tool or robot at ATS.

Genesis 10's Veterans Program promotes itself as a "reverse boot camp", focusing on soft skills and how to navigate the culture of a corporate environment. It teaches veterans office communication skills, helps them re-write their resume, and prepares them for job interviews. But ultimately, Genesis10 views its program as less of a weeklong course, and more of an ongoing transformation process. When servicemen and women join the military, they go through six to nine months of boot camp training. Genesis10 believes training for the corporate environment should be given the same amount of time and preparation.

Genesis10's Nick Swaggert says the best way employers can understand veterans is to simply talk to them. He challenges corporate America to interview at least one veteran for every position. By simply speaking with veterans, employers will better understand them, know what to look for, and realize they have other skills beyond their resume. Interviews also give veterans more interview practice and the chance to learn about different jobs.

With that challenge, for Veterans Day at AOL Jobs, it's fitting to end with some veterans in their own words. Here is career advice for veterans from veterans themselves, as well as the leaders that hire them.

David Szymanski, Site Manager at Advanced Technology Services / Veteran:
"In the civilian sector, many have the same dedication that we do, so show your willingness for hard work. Be dedicated to your new family. Don't go out looking for just a job, go looking for a new career and a new family to be part of."
Rachel Rosenbaum, Senior Site Manager at Advanced Technology Services / Veteran:
"Be flexible. Be flexible when you go out into the civilian workforce. The way of working is different. And sometimes the policy and procedures are different. Also, while you are still in the military, you know that chapter and that life is eventually going to have to close, so try to give out as much as you can, to prepare yourself for the civilian world."

Nick Swaggert, Director of the Veterans Program at Genesis10 / Company Commander in the United States Marine Corps Reserve:
"Finding a job is a full-time job and it takes six to nine months to do it. Veterans are naïve to this process. They've been told what their next job is, they've often never had to interview, they've never had to write a resume. So start searching as soon as you even get the feeling you're going to leave the military. Leverage the veteran network, meet with people, and start to figure out where you fit into the world."

Joel Grant, Maintenance Technician at Advanced Technology Services / Veteran:
"It's a challenge to come back. It all depends on what you've been involved in during the conflict. Some don't have as extreme conditions as others. Know that you're coming back not only to your family, but you're coming into a career where you have camaraderie with other veterans and the challenges that they're facing too. You're not alone. And that's important when you're faced with those consequences."

Jeff Owens, President of Advanced Technology Services:
"My advice would be find a company that values veterans and values their former military service, and celebrates that. Find a company that you could enjoying working for, and where the culture matches up with what you believe in. Don't worry about the title or the pay, because I think the title and the pay and the promotions will come, and sometimes they can come pretty fast. You've got to find a place that you love to go work and where you enjoy the people. That's the most important thing to worry about first."