A fighting chance: the best video game weapons EVER- 30-21 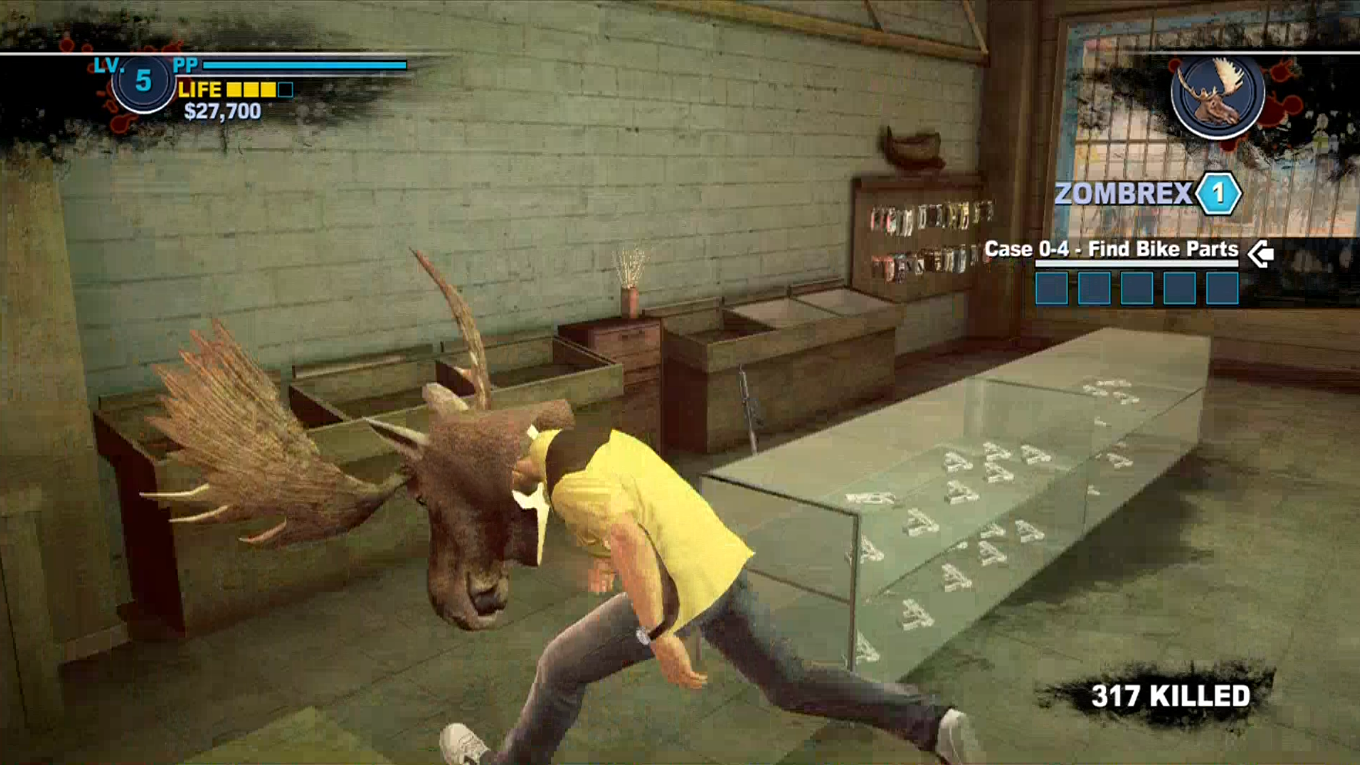 One of the most ridiculous weapons I've encountered in my gaming experience thus far is without a doubt the Moose head found in Fortune City in Dead Rising 2. You use the Moose Head by wearing it on your head and charging through groups of zombies, tearing them with the antlers. This is great silly fun and its no surprise it made this edition of the list.

With that said, Prima Games has come up with a list of the top 50 video game weapons thus far. We're here today to bring you weapons 30-21:

Now you're thinking with portals, or in this case, black holes. The M490 Blackstorm is easily one of the most powerful games in the Mass Effect universe, as it can suck enemies in with portable black holes, then cause them to explode, which kills anything within their vicinity. Who needs a boring old rifle when you have a bad boy like this?

If you need a weapon to kill someone silently – and you don't want to draw attention to yourself by using a sword – then the hidden blade is exactly what you need. Using any Assassin character, you'll unsheath this from your wrist holder and immediately take out an intended target with one quick stab. What's more, custom toy models were made, so would-be assassins can use them in real life...without going to jail, obviously.

A lot of people believe that Simon Belmont's Vampire Killer whip is an ideal weapon. However, in hindsight, there's only one thing we'd want to use when defeating enemies, and that's the boomerang. Once acquired, this item deals damage by throwing it at enemies, and it can even hit a few on the way back. It's also handy for taking out candles from a distance, so you can recover the items. Super convenient.

There are a number of splendid vigors in Bioshock Infinite, but the Murder of Crows takes the cake. Once armed, you can summon groups of crows to come down and attack your enemies, thus preserving your precious ammunition. The deaths are a bit hard to watch at times, but there's no question these crows get the job done.

The Glaive is similar to Simon's boomerang from Castlevania, but it delivers a much cooler effect. By throwing this towards an enemy, you can cut off one of their limbs or even their heads. In addition, the Glaive is also an ideal melee weapon, perfect for cutting up-close foes. Plus, to be fair, it also gives a nod to the Glaive of old from the 80s sci-fi flick Krull. We love that movie.

Hacks to Conquer Your Fitness, Beauty and Travel Goals in 2020
LifeMinute