Treehouses Branch Out as Adult Hideaways

With the days getting longer, now is the perfect time to build a backyard treehouse for your kids - or for yourself. Treehouses are no longer just play spaces for children; they're also places for adults to unwind, pursue their hobbies and even make their primary residence.

Today, about 15 companies are in the "treehouse business," with specialized teams of engineers and interior designers building custom-designed backyard escapes and providing kits and tools for homeowners looking to construct their own.

Here's a look at the growing trend and some tips for building a dream treehouse:

Fall City, Washington-based Nelson Treehouse and Supply, featured on Animal Planet's "Treehouse Masters," has built everything from breweries and recording studios to spas with steam showers -- all suspended in trees.

"A lot of people think of treehouses and children, but 9 out of 10 treehouses we build are for adults," said Daryl McDonald, the team's foreman. "People want an escape pod -- a way to get out of the busyness of being in a home." 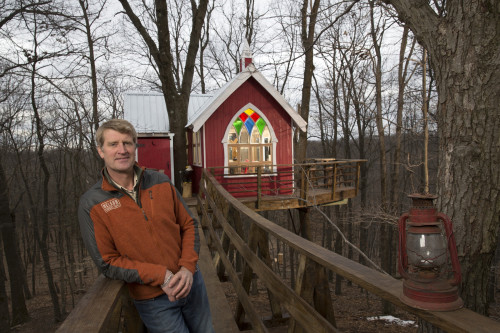 Pete Nelson, owner of Nelson Treehouse and Supply, poses by a Ohio brewery he designed on Animal Planet's "Treehouse Masters." New episodes of the popular TV show begin on May 30. 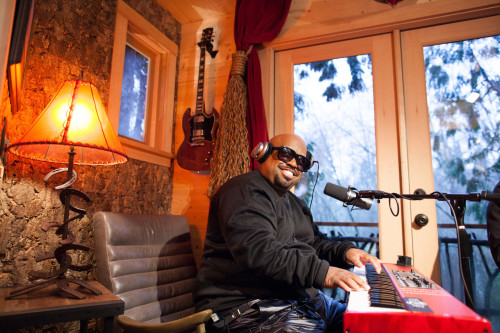 CeeLo Green stopped by a recording studio built by Nelson's team in Woodinville, WA to lay down a track.

Tory Jones, the TV show's interior designer,says the sky is the limit when it comes to designing a treehouse. But first you must think about what you need that extra space to be and how you want it to function.

O2 Treehouse, a California-based company that will be appearing in an upcoming episode of "Treehouse Masters," is experimenting with not only function but design.

"I've gotten into more complex forms in the geodesic family," said Justin Feider, the company's owner and lead builder. "One of my favorites is the honeysphere with 200 openings." 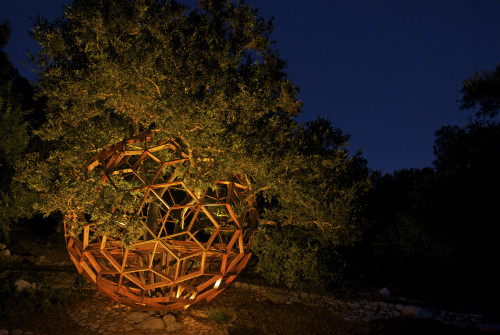 Feider says the geodesic shape makes sense for a treehouse because of its strength. The design is also a reflection of architecture and nature, he says.

"People's consciousness of the green movement and their inherent responsibility in that story has been on the rise," Feider explained. "Treehouses are part of that. They're the poster child for living sustainably in a natural structure -- a symbiotic relationship with a tree." 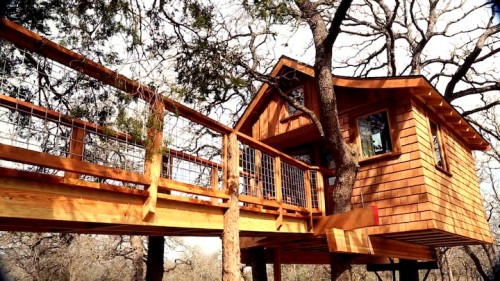 This Austin, Texas, treehouse designed by Nelson's team has a spa inside.

Both Nelson and O2 provide treehouse consultations, construction and installation in the U.S. and abroad. The process typically takes between two days and nine months, depending on the size and complexity of the project.

"If you want installation, we quote on a custom basis because every tree is different," Feider explained. His custom structures normally cost between $35,000 and $100,000. Treehouses built by Nelson Treehouse and Supply typically fall in the $80,000-$200,000 range, but their prices also vary depending on the project.

"We do a lot of little ones. A 'kid deck' up in a tree would take us two to three days," McDonald said. "The finished product is big enough so you could pitch a tent but nice enough so you could just sleep under the stars. It's fun because of the immediate gratification."

At the other end of the spectrum, the biggest project McDonald completed was a 1,000-square-foot treehouse with a 500-square-foot deck. "It had a clawfoot tub," he said. "It was the most extreme one I've worked on." 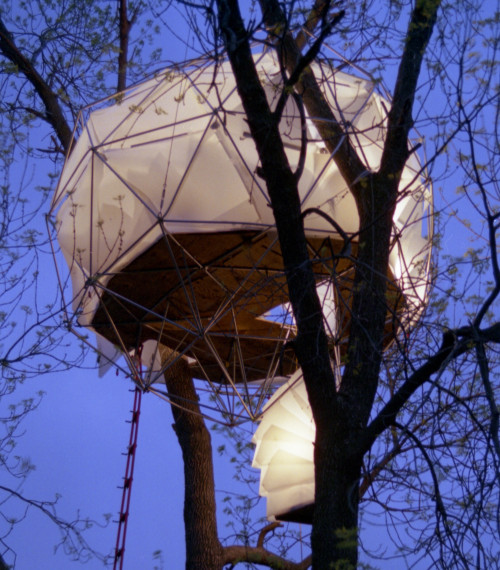 O2 Treehouse's Leaf House in Pewaukee, Wisconsin, is known as the "floating lantern" because of its striking silhouette against the night sky.