10 Skills Everyone Needs To Thrive In Today's Job Market

There was once a time when all anyone had to do to get a job in America was to prove they exist – i.e. they just had to show up. So the legend goes, anyway. That was before my time and seems inconceivable to me and others my age.

Today, jobseekers need an arsenal of expertise, including those curious things that very recently became known as "soft skills." Your ability to cuddle a fluffy bunny doesn't qualify as a soft skill, unfortunately. Soft skills are "skills in dealing with and communicating with people effectively," according to a Merriam-Webster's New Words and Slang submission.

These behavioral competencies are also known as interpersonal or people skills, and they are more important than ever in a job market brimming with diploma-sporting jobseekers duking it out a shrunken pool of good jobs. Even having an in-demand "hard skill" like mechanical engineering is not enough to guarantee you a job offer on its own anymore. Most employers – 77 percent – say soft skills are equally important as hard skills, according to a new survey conducted by Harris Poll on behalf of Careerbuilder.

It's fortunate that mastering these skills will not require you to carve out time and money to go back to school or take an online course. You can practice wherever you go. Try them out at your job, at networking events and even at the dinner table with family or with friends. 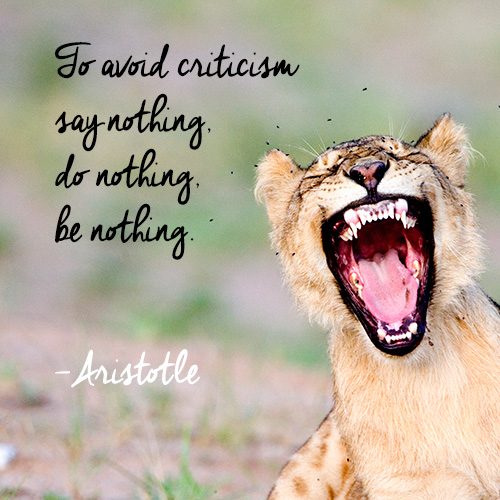 Source: Getty Images; more quotes
Seek out criticism, but don't embrace your flaws, says AOL Jobs contributor Tom Siebert. It's tough at first. You may feel like you're being torn apart from the inside out when your boss tells you your weekly reports can be difficult to read or your coworker says you're prone to interrupting people when they're speaking, but it's the best route to self-improvement. It's better than being slammed with these issues in your performance review, or worse - never learning about them at all and struggling to understand why everyone else seems to be advancing while you're stagnating. So, get used to seeking out criticism and don't get defensive or mopey. That's never pretty. Own your development. 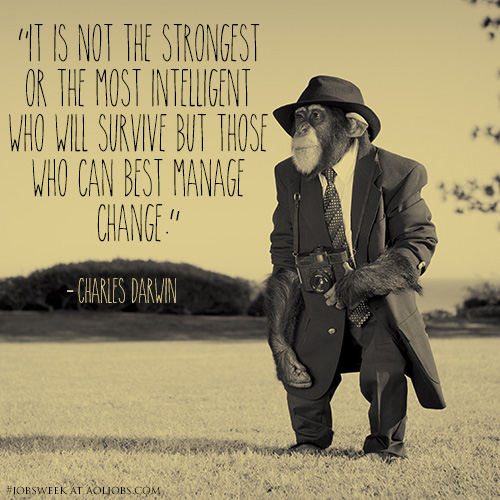 Source: Getty Images; more quotes
One result of globalization has been the rapidity with which the world around us changes. The modern workplace requires employees to think on their feet and to shift gears when the moment calls for it. This means updating your skills and learning new ones as often as you can. Bill Harnett, another AOL Jobs contributor, says his readiness to adapt to change gives him "a tremendous amount of confidence when facing seemingly impossible challenges." 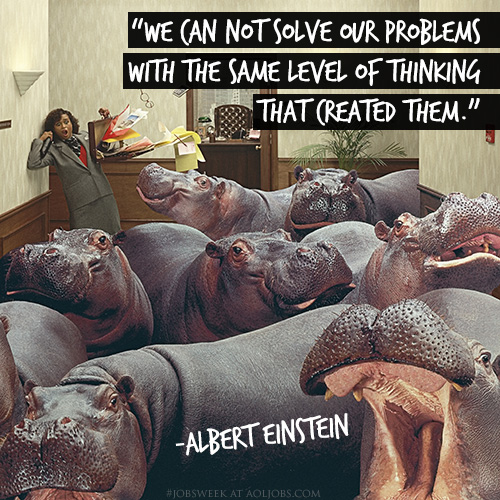 Source: Getty Images; more quotes
Slim-staffed organizations across the country are sounding the call for crafty thinkers to join their teams. The Organization for Economic Co-operation and Development (OECD) offers some sobering data to back this up: Work that requires high-level problem-solving skills, such as management and professional work, are becoming more prevalent, while jobs that involve mid-level critical thinking – nursing, retail, service, craft and trade work – are taking a hit. 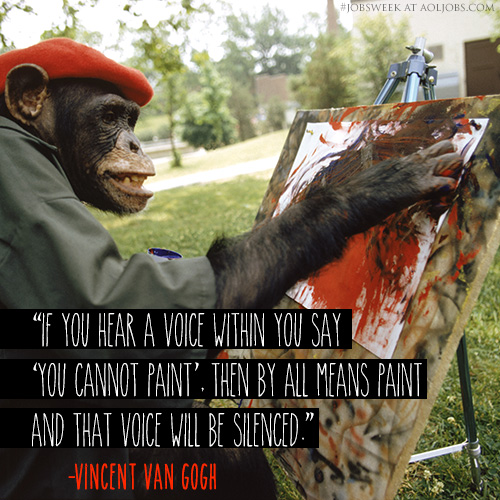 Source: Getty Images; more quotes
J.T. O'Donnell, the mastermind behind AOL's Career Luck Project, put it best: "Self-confidence is about impressing the only person that really matters: yourself." Confidence in yourself comes from within, but it has profound influence over your actions and achievements. To believe you can do something is the first step to actually doing it – a mindset that will help you take on challenges and advance your career. 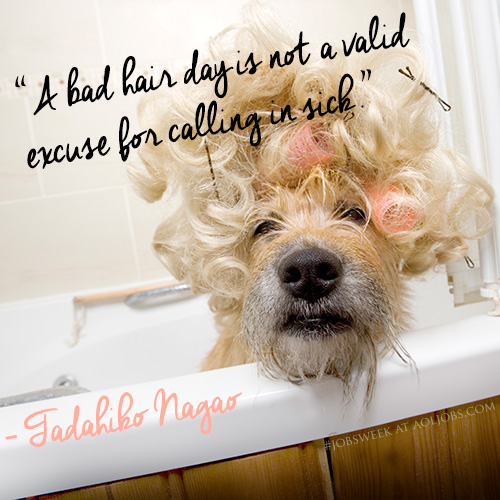 Source: Getty Images; more quotes
Of all the skills on this list, work ethic is the most timeless in that it's been coveted for as long as there have been jobs. What is new is its relative scarcity, especially among the youngest workers, according to recent reports. You can interpret these findings differently, but that doesn't change the fact that the people with the hiring power think this crucial skill is declining. You can use this to your advantage. 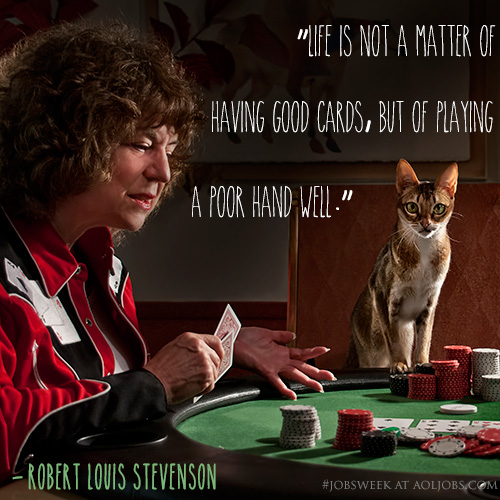 Source: Getty Images; more quotes
"Must work well under pressure" is a common line in many job listings. Even if some job descriptions don't specify this, everyone finds themselves racing to meet a deadline at some point. Having the ability to handle pressure and manage stress will help you overcome inevitable rocky humps in your career path in a stride. 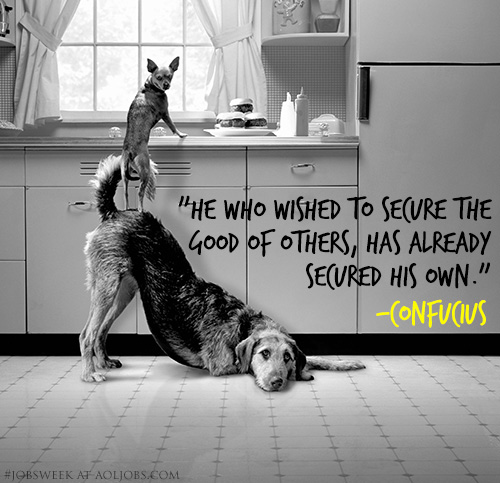 Source: Getty Images; more quotes
Collaboration and coordination have become increasingly important as work tasks have gotten more complicated. There are specialized algorithms to appease, incomprehensible data sets to parse, new technology to wrangle. Workers are assigned highly specialized parts of whole projects. The entire team feels the weight if one person shirks their responsibilities. AOL Jobs editor-in-chief Laurie Petersen aptly likened a work team to an orchestra: "One sour player can ruin it all by demanding too much attention or trying to play a completely different song." 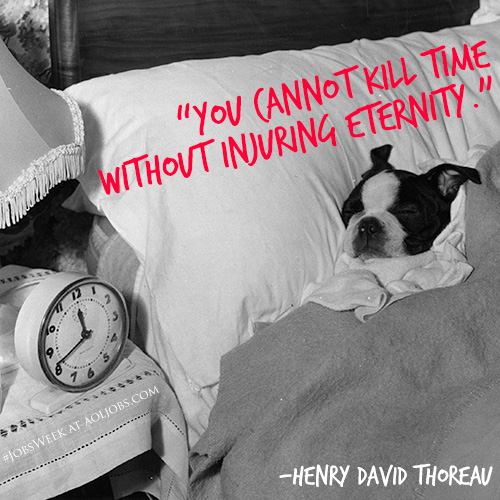 Source: Getty Images; more quotes
"Who wants to look like a fool, walking about with one eye on a check list and the other on a clock?" asked contributor Erik Sherman. "I do."

A bit of planning and discipline go a long way in the workplace. You can train yourself to avoid falling prey to the common "planning fallacy," the tendency to overestimate your abilities and underestimate the time it would take you to complete something, and the hardwired urge to complete smaller, simpler tasks ahead of more time-consuming important ones. Is this difficult to accomplish? Not if you're consistent. 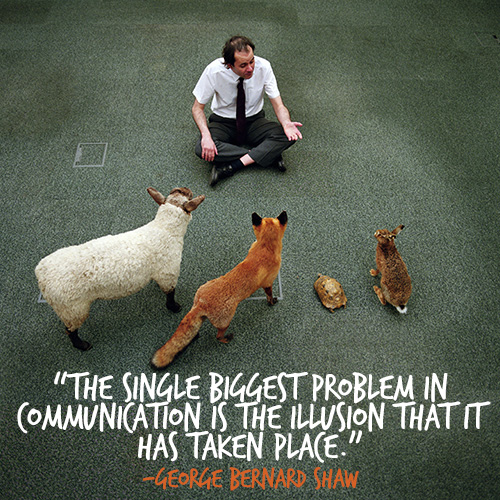 Source: Getty Images; more quotes
When contributor Miriam Salpeter worked on Wall Street as a recent college graduate, she quickly learned the power of language. "Just one word out of place could give someone the wrong impression," she recalled. A study conducted by Millennial Branding found that 98 percent of employers say communication skills are essential. This is also an asset that employers claim the youngest working generation lacks. Miscommunication is frustrating at best. In the worst case scenario it can cost you a job. 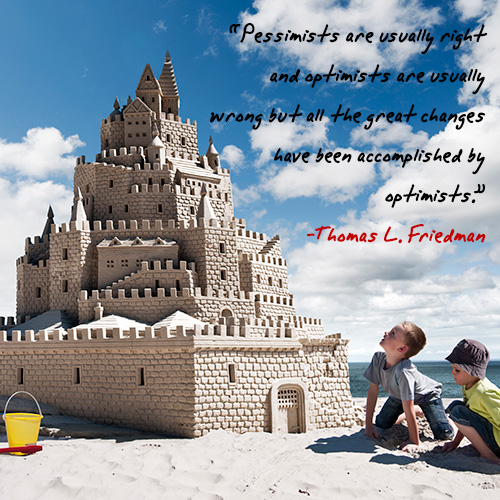 Source: Getty Images; more quotes
Positivity is infectious. Bill Harnett remembers a coworker who changed the tone of his workplace with her optimistic attitude. "You don't have to be the office cheerleader, but staying focused on solutions and looking at the glass as more than half full can make work more enjoyable and less stressful," he said. Optimists may get a bad rap, but that's only because of a common misunderstanding of the term. Positive thinking can be practiced alongside realism, and has been proven to boost productivity and lower stress.