Behind-The-Scenes Jobs Of The Academy Awards


For most people Oscar night is a time to kick back and relax, to place bets on the winners and debate which of the losers was robbed, to take in the elaborate dresses, and to cringe internally as the orchestra cuts off acceptance speeches with cheerful abandon. But for a small army of professionals working in the entertainment industry, Oscar night is a job like any other, with the same slip-ups and technical issues that are common occurrences in the world of live television.

Sure, you have your directors and screenwriters, the creative masterminds celebrated by the show itself. But then you have the other, less glamorous but equally important jobs, the ones without which there would be no show at all. And while there will probably never be an award for Best Teleprompter Operator, well, maybe there should be. We've rounded up some of the essential jobs of the Oscars, so that they too can get their moment in the spotlight. 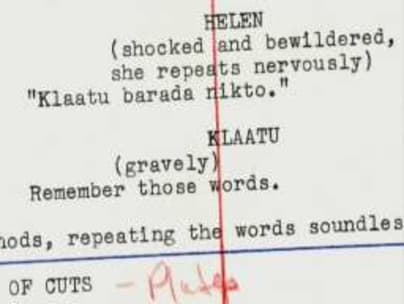 Everyone knows what a screenwriter is (unless you're one of those people who think the actors make up the words as they go along), but their role is sometimes insulated from the logistical demands of the production process. That's why events like the Oscars hire a script coordinator to run point between the writing department and production team. The tasks can range from rote (printing out dozens of copies of the script) to highly specialized (annotating it as it evolves over numerous revisions). So when you hear the words coming out of a presenter's mouth, don't just think of the person who wrote them--think of the script coordinator who brought them off the page and onto the airwaves. 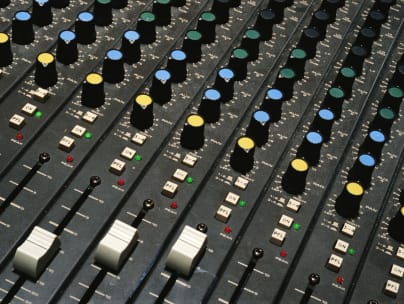 If you're a regular concertgoer, audio mixers are a familiar sight. You know, the guy standing at the back of the house, bending studiously over a mixing console that looks like it's been lifted from the bridge of the Starship Enterprise. The Oscars have audio mixers too; from the orchestra to the audience to the lavaliere microphones pinned to the presenters' lapels, there's a lot of sound to process and render coherent for viewers at home.

> Find a job in audio production 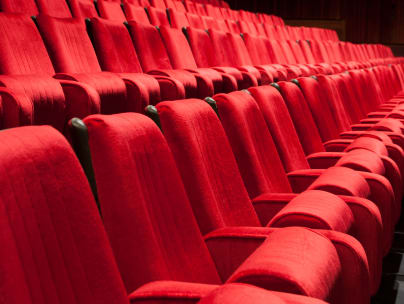 Ever notice how the auditorium where the Oscars are filmed is always packed to the gills? A casual viewer could easily get the impression that the entire population of California consists of celebrities and hotshot directors. In fact, though, producers hire "seat fillers" to do exactly what the name implies. No, it's not a paid position, but it's still a chance for non-industry types to attend the ceremony and get a hit of stardust. But unless you're a career extra, it's probably not worth adding to your resume. 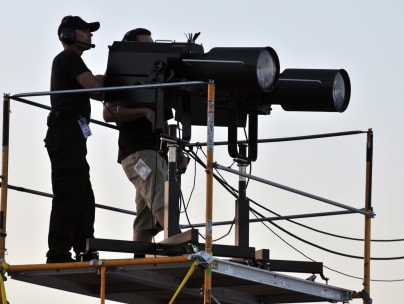 Good lighting can mean the difference between someone looking like a movie star and a pitted, washed-out prune. It's up to the lighting designer to plot out the lighting plan for the show, a process as intensely choreographed as any ballet. It requires technical know-how along with a keen sense of the aesthetic, not to mention personalized knowledge of what kind of lighting the presenters prefer. You don't want Judi Dench complaining that her forehead looks too bright.

> Find a job in the lighting department 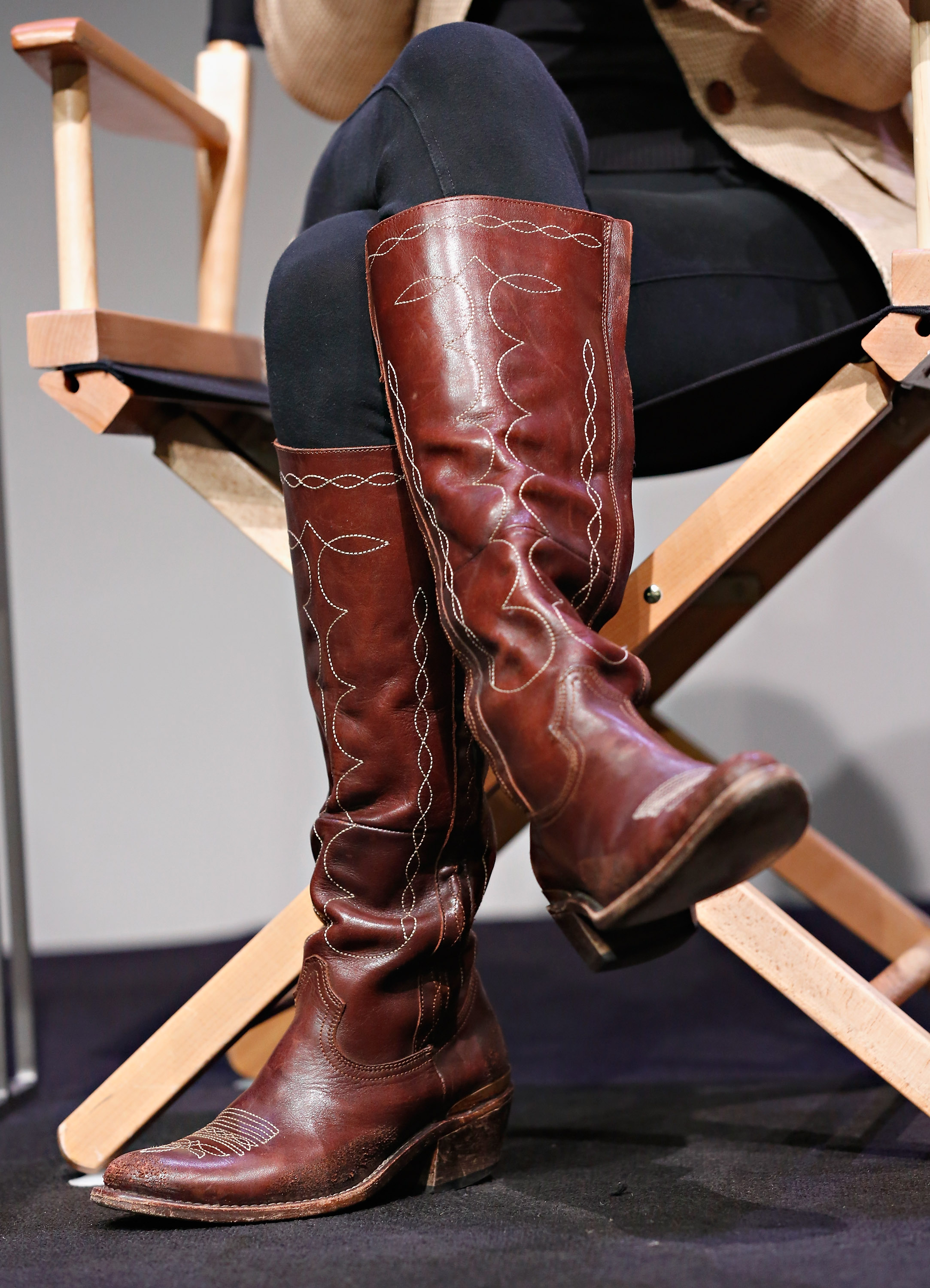 When we think of a director, we get a clear image in our heads: the megaphone, the folding chair, "lights, camera, action!" But what about producers? Despite filling an essential role, they remain somewhat mysterious in terms of what they actually do. Here's a primer: they hire the director and other key members of the crew. They handle the budget. They serve as the logistical brain for the entire project. There are many different kinds of producers, from finance-oriented line producers to deal-making executives, and a show as complicated as the Oscars is bound to have a whole slew of them.

> Find a job as a producer 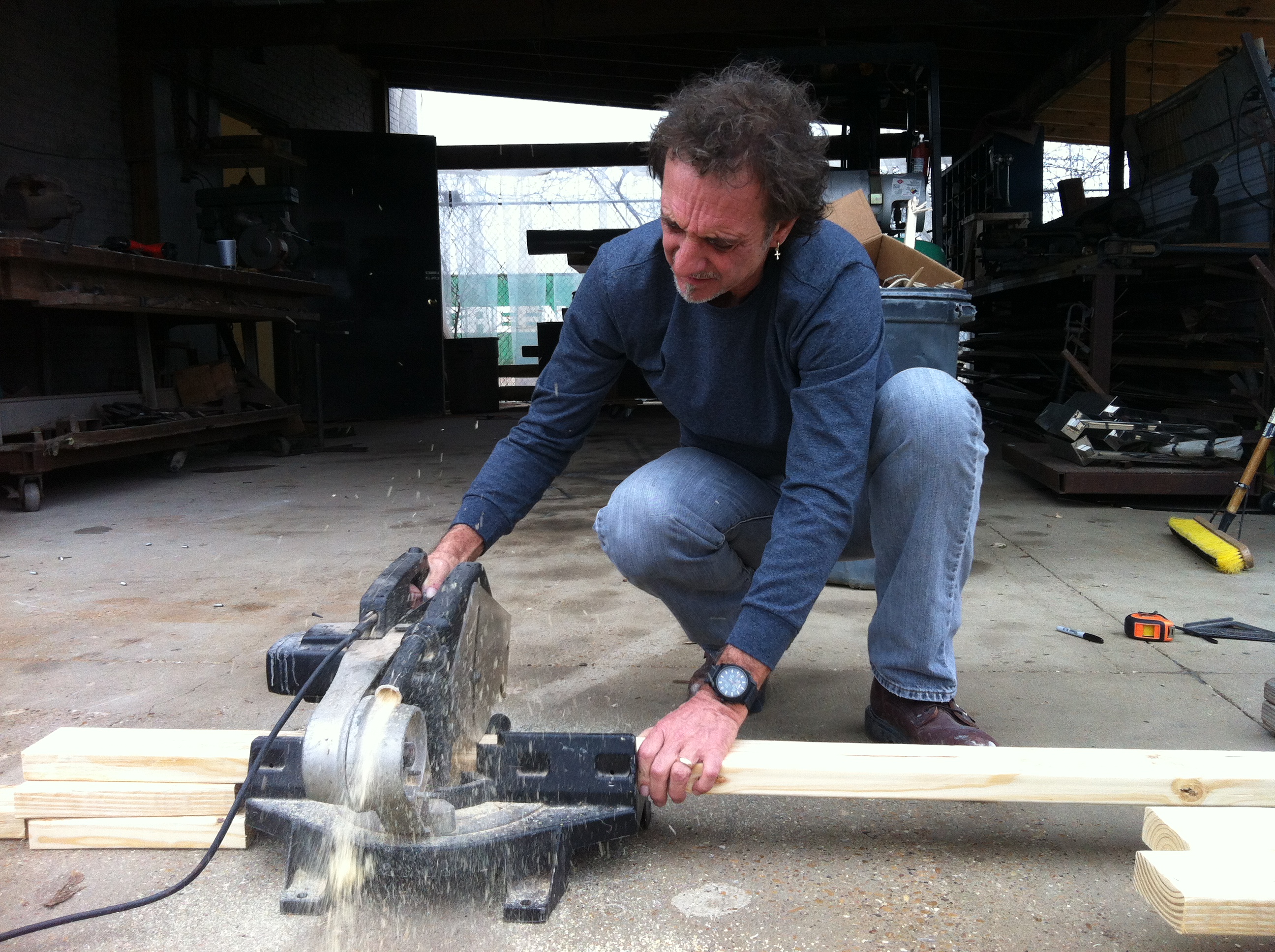 Don't get us wrong, the Emmys and the Grammys have their share of spectacle, but the Oscars are on a whole different plane of glittery pomp and circumstance. Maybe it's the sense of heritage--the first Oscars were presented in 1929, and they remain a distinctly American endeavor. But the show's set designers are also responsible for preserving some of that old Hollywood glamour, with decor that echoes the shiny, art deco past while edging the broadcast into the clean, digital present. You didn't just think that giant Oscar head behind the podium got there all by itself, did you?

> Find a job in the set department 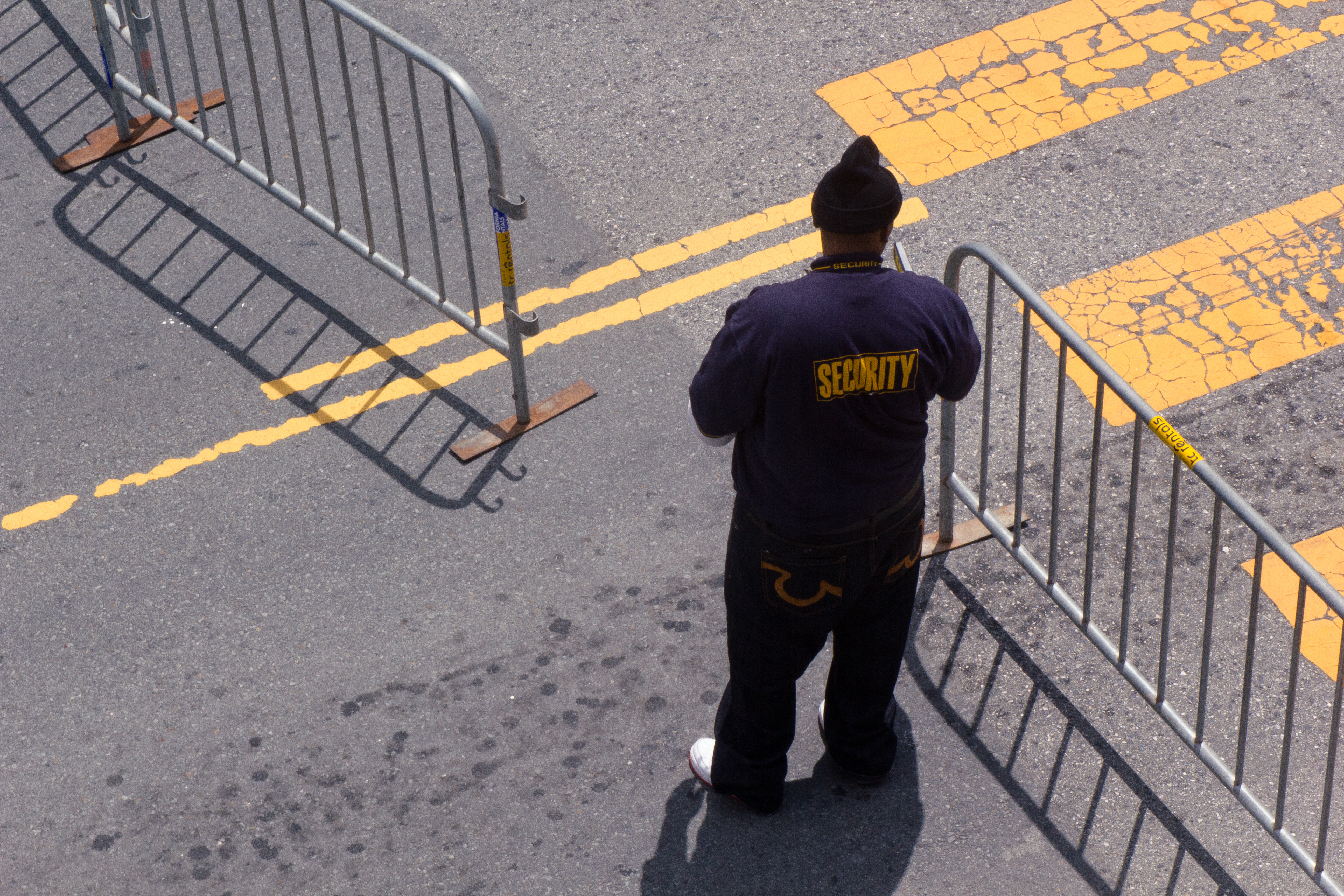 In the world of security, the Oscars rank somewhere between Disney World and a heavily traveled airport--in other words, they're pretty freakin' secure. With so many celebrities and industry heads in one place, it's up to the production's security team to make sure everyone gets where they're going safely, and that the sketchy dude hanging around the red carpet doesn't try to lob a banana at Ryan Gosling's head. And most importantly, they make sure those little white envelopes remain sealed until the big moment.

> Find a job as a security consultant 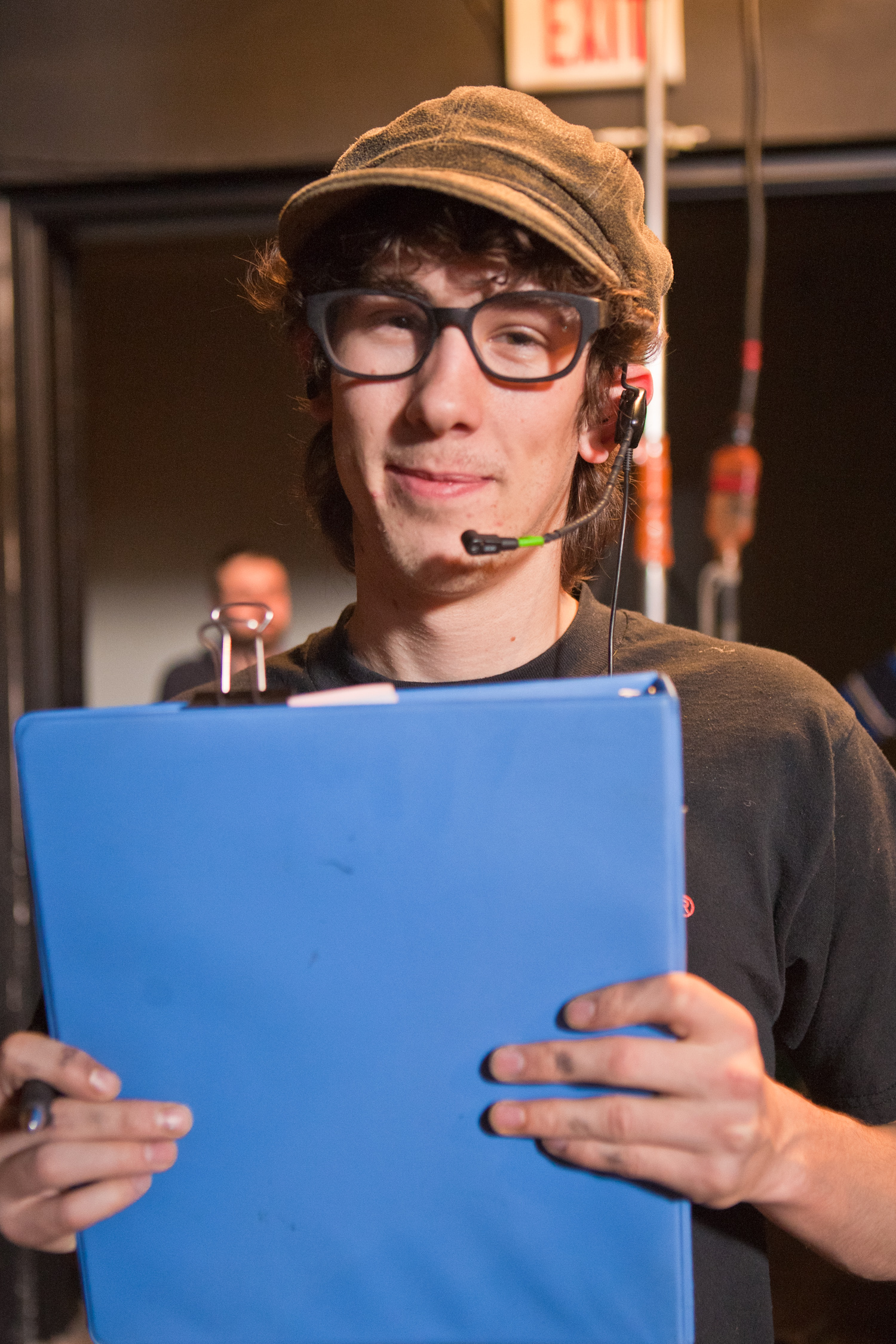 Production assistants are the up-and-comers of the television world. They're usually kids, fresh out of college, with a microphone headset and dreams of working in the entertainment industry. PAs typically help set up and break down equipment, but their job requires them to assist wherever they're need (which could be anywhere from the electrical department to making sure everyone's walkie talkies are functioning properly). It's a job for the eager-to-learn, but on the Oscars, even production assistants need to be experienced and highly disciplined.

> Find a job as a production assistant 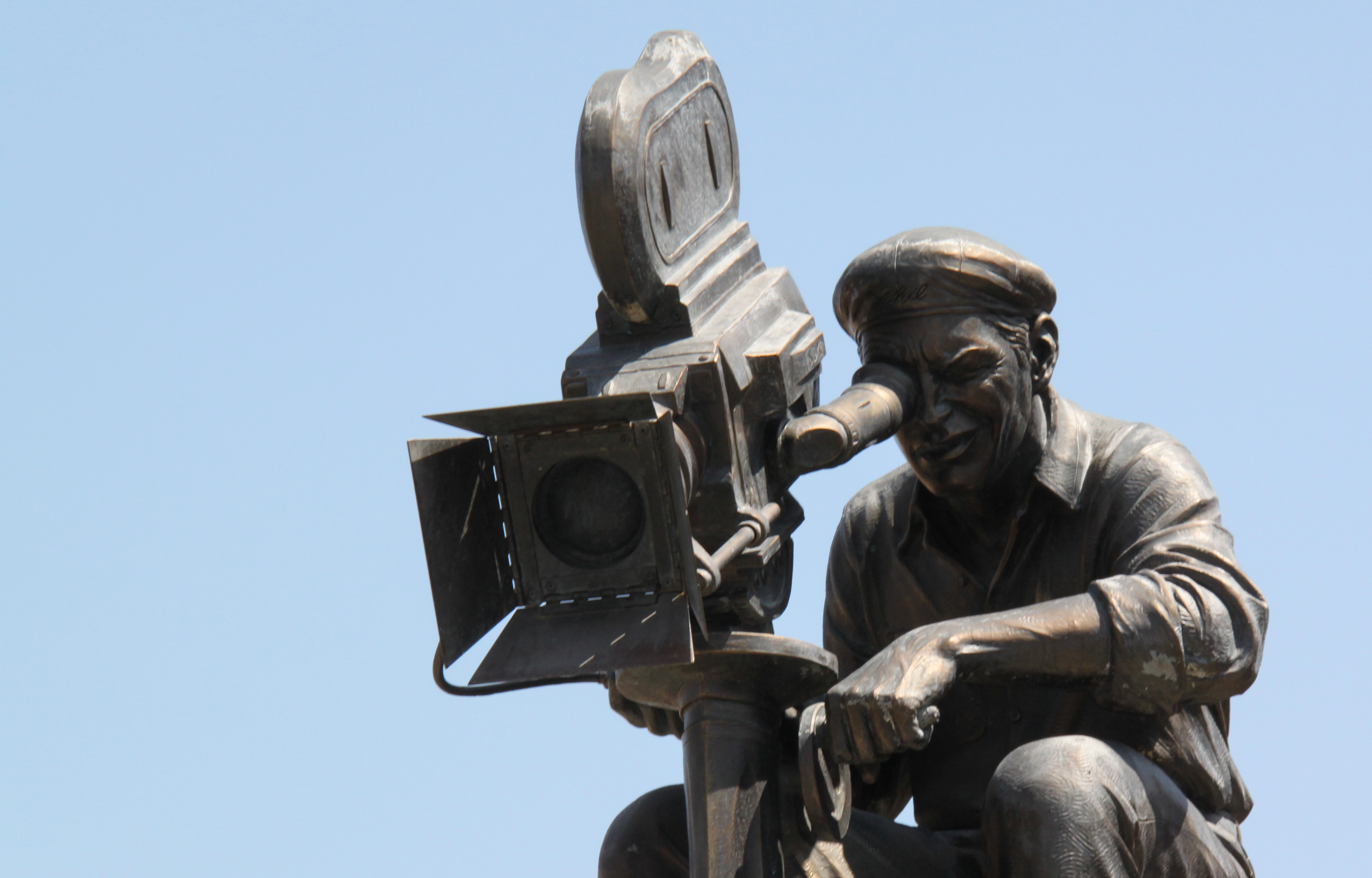 Saturday Night Live's camera crew ranges between eight and ten people. The Oscars, in comparison, have more than 20 working behind the lens. Whether they're using traditional cameras, Steadicams, or looming crane arms (responsible for that distinctive swoop from ceiling to stage), the show's camera crew is responsible for capturing the ceremony with flair, as the director cuts between their individual feeds on the fly. Even with dozens of cameras pointed at the stage, you need to be absolutely focused--in every sense of the word.

> Find a job as a camera operator