It's hot, sandy, people have gotten arrested for kissing in public and unless you're a real estate mogul, you can't afford much more than a mid-range hotel with a mediocre buffet. But hey, that will just make you all the happier to return home from Dubai with your loved one.
2. Disney World, Orlando, Florida

No one ever said, "Mickey Mouse balloons really get me in the mood." (Well, hopefully no one's said it.) But at least you'll get the added benefit of birth control; no one wants to start a family after standing in line for two hours with a bunch of screaming young ones.
3. Beijing, China

A romantic vacation demands a cute sunset photo. And you know where you're not going to get one? Beijing. The Chinese capital recently installed huge screens to televise the sunset, as the air is so polluted you can't even see the real one. Nothing says "I love you" than a selfie taken in front of a sunset on an LED screen.
4. Mogadishu, Somalia

The only people that would find Mogadishu romantic are star-crossed conflict zone journalists. And while Mogadishu hopes to eventually be a delightful tourist destination with white sandy beaches, for the time being, unless you're really interested in cementing your relationship by heading to a destination that has been through two decades of civil war, best to head elsewhere.
5. Tijuana, Mexico

You think of Mexico and have visions of tranquil sunsets and ample margaritas. Not in Tijuana. In fact, border towns in general aren't really your optimal romantic spot. Unless you can somehow manage to propose literally on the border, each leg in a different country. But the border patrol may not be into that. 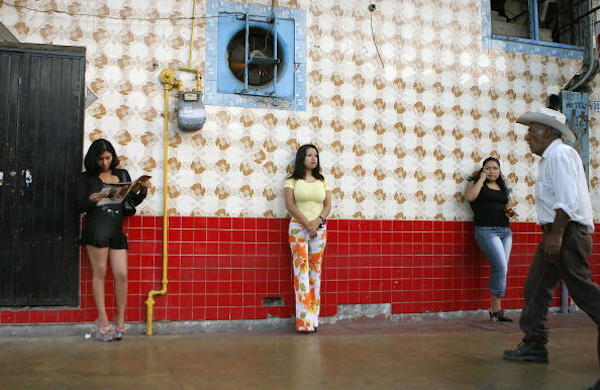 Nothing says love like chocolate, but if your vision of chocolate is the soapy brown stuff made by Hershey's, you may be dangerously close to an impending breakup.
7. Anywhere there is a Divorce Hotel, The Netherlands

If your sweetheart has booked a weekend in the Netherlands, double check where you're going. If the hotel has a deal with Divorce Hotel, you're in bad luck. It's an enterprise to help people get divorced (civilly) in just a weekend, thanks to their team of lawyers, real estate agents and notaries. Come as a couple, sleep in separate rooms and leave with your single life ahead of you.

Can COVID-19 cause hair loss?