Share
Mack Gelber
You might remember the first time you were ever truly criticized. Maybe it was at school, during recess, some doofus calling you a dork and lobbing a medicine ball at your head. Maybe one of your siblings regularly tore into you as a kid, causing you to cringe internally even when you get together as adults. Whatever the case, most people are not naturally suited to receiving criticism, whether it's some deep-seated Freudian response or a general species-wide aversion.

At the same time, knowing how to take criticism well is an important quality in an employee, and if you respond to the smallest critique by shutting down (or lobbing a medicine ball at someone's head), you're doing yourself a major disservice. Fortunately, AOL Jobs has rounded up the best posts about receiving criticism from around the web, so take a look. And don't worry: this won't hurt a bit.
Accepting criticism

Seek out criticism
Don't wait until your boss to come to you. Ask for regular feedback on how you're doing, so you're not blindsided by a less-than-satisfactory performance review (or worse, layoffs). Maybe this sounds a bit like asking for punishment--and yes, it might be a little uncomfortable at first--but it pays to have a thick skin.

Ease the burn
If you show up to work an hour late every day, looking like a caveman and smelling like last night's tacos, you might want to take a step back and evaluate the attitude you bring to work every day. Regular reality checks can help you understand criticism before you get it, and focus on what you need to change.

Manage your reactions
You can't control when you're going to receive criticism, or how it's going to be delivered. What you can control is how you react: do you cover your ears and start humming "The Star-Spangled Banner," or do you listen and attempt to absorb what's been said to you? If you find yourself in a painful situation, you can always talk it out over margaritas later.

Don't get defensive
When a boss criticizes you, they're not looking for you to defend yourself--they're looking for you to listen to what they're saying. So don't say, "Wow! I'm surprised and upset to hear you say this!" Say, "Wow! This is incredibly helpful, and I will continue to focus on these areas of improvement!" Except, you know, don't say it exactly like that.

> Find a job as a sales representative

Respond rationally
Not all criticism is constructive. Sometimes it's rude, snide, or unnecessarily withering; even when it's delivered by a fellow employee (rather than your boss), you still need to remain tactful in your reaction. Try to understand what they're saying and focus on the problem itself, rather than the personality clash that brought it to the surface.

Consider it objectively
The delivery may be flawed, but that's not to say there isn't any truth to what's being delivered. Try to divorce what's being said to you from its emotional content, and you might just find that there's something to learn. Even if it's buried beneath an avalanche of four-letter words.

> Find a job as a senior auditor

Bouncing back from a bad performance review
So your year-end review didn't go the way you were hoping. Maybe some of the things your boss told you were hard to hear, but try not to take it too personally. Instead, think of it as a game plan to move forward, and hopefully wow 'em next time.

Get better at your job this year
Rather than fearing criticism, try to embrace it. We're not talking about a personal attack, here. This is an opportunity for you to get better at what you do. Ideally, people dole out criticism not because they think you're a weak link, but because they see your full potential. That's something we should be thankful for--even if getting there is a bit painful.

> Find a job as a retail store manager 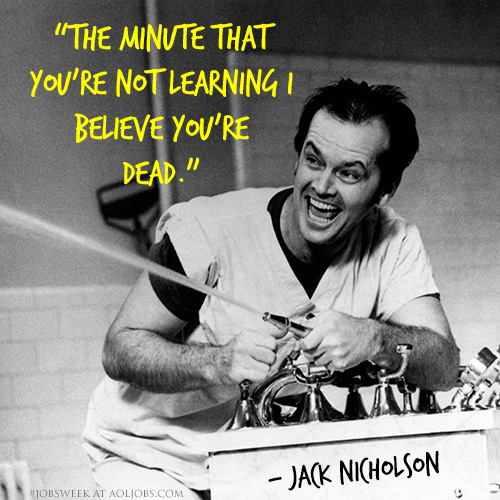