Share
Mack Gelber
Unless you're self-employed, a one-man band, or a superhero, you probably work as part of a team. Maybe you're a natural pack animal or maybe you're more of a lone wolf; either way, you're going to be seeing and collaborating with your co-workers five days a week. In our age of online interaction and telecommuting it's increasingly easy to shut yourself out and lose sight of the big picture--but as generations of cinematic baseball coaches have insisted, there really is no "I" in team.

Even Bill Murray agrees on that one. And we take Bill Murray very seriously around here. That's why AOL Jobs has rounded up the best posts about working as part of a team, so step on up to the plate and get ready to play ball.

What ballet has to teach you about teamwork
Trust us on this one. Whether you've been to a ballet or not, it should be pretty obvious that those daring leaps and pirouettes require an intense degree of trust to pull off. Maybe Baryshnikov would balk at the thought of turning his art into a metaphor for team-building, but that doesn't mean the metaphor isn't apt. After all, just think about what happens when that trust isn't in play--remember Spiderman: Turn Off the Dark? You don't want to leave your teammates falling from the rafters and breaking their skulls.

Secrets of great team members
Most of the "secrets" you need in order to give your best to your team aren't secrets at all--they're just common sense. Try to be flexible and accepting of constructive criticism, and always check your ego at the door. Teams may be made up of individuals, but when you truly collaborate you can achieve goals beyond what you could normally do by yourself. Sound cheesy? Fine, maybe it is. But it's also true.

Recognize the balance between independence and teamwork
Even independent contractors eventually report to larger teams, and while your knack for self-directed work might be one of your biggest assets, it shouldn't be the whole story. Embrace the duality of your work, and don't be afraid to take a few minutes to switch between the independently-minded side of your brain and the part that knows how to work with others.

Get your co-workers to like you (without kissing up)
It would be nice to think that most workplaces are meritocracies, but the reality is that they aren't. Your success doesn't rest on you alone, but on you and your fellow co-workers. That's why it's important to be well-liked. Own up when you make a mistake, and take a genuine interest in the lives of your peers. You should--you spend about 30 percent of your adult life with them.

> Find a job as an automotive sales trainer

Signs you're a "problem" employee
Everyone knows what a problem employee is, unless you're a problem employee yourself. You know--the one who's always saying no to things or acting like they're the smartest person in the room, crowing about how they're ahead of their time like some cubicle-bound Stanley Kubrick. If this sounds like you, it might be time to take a long, hard look in the mirror and think about if your me-centric attitude is impeding your team's goals. Even Stanley Kubrick had collaborators.

The malign influence of negativity
Being a team leader is a little like being the captain of a small seafaring vessel. You need to keep the morale high, or your crew might start swinging from the mast and leaving the bilge un-pumped. Negativity can infect a workplace like a virus, creating a passive-aggressive environment where productivity flags and meetings take on a defensive tone. How can you avoid this? Try giving your employees a reason to care.

Befriending an office enemy
We're all familiar with the aftermath of an office fight: the disengagement, the uncomfortable atmosphere, the vague odor of scorched carpet. Most of the time these power plays only result in gridlock, but it doesn't have to be that way. If you're on the winning side of a struggle over the direction of a project or division, be gracious and collaboratively-minded about it. This isn't Game of Thrones. Concentrate on building a solution and moving forward, not focusing on your gloriously bloody victory.

> Find a job in customer service 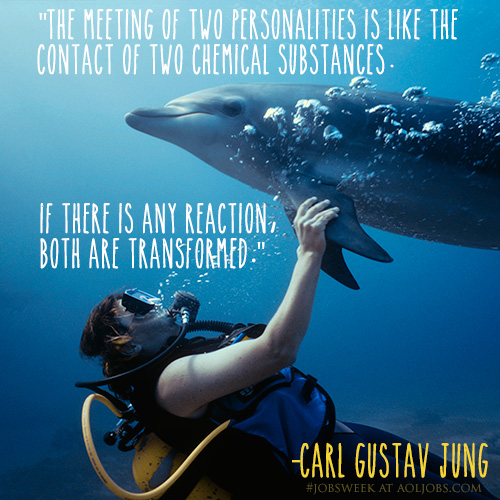