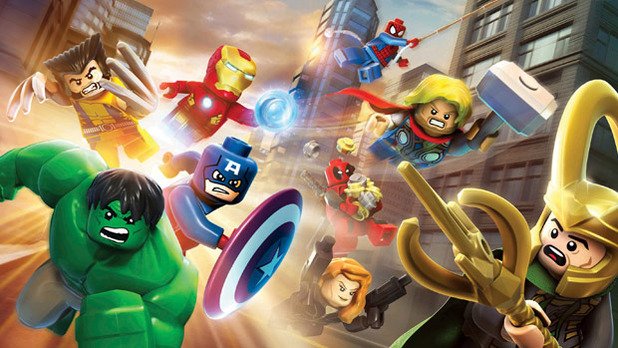 PlayStation is an interesting brand. Though there have been plenty of platformers, puzzlers, mascots and, just, overall games appropriate for kids on the PlayStation platform, the console over the years -- particularly the PS3 (and now PS4) -- have a stigma of only being for "hardcore gamers." Sony attempted to change that with the release of Knack as a launch title, but there's an even greater game that can be deemed both fun and kid-friendly: LEGO Marvel Super Heroes.

Just to be clear, LEGO Marvel Super Heroes on PlayStation 4 is still the same core game as the Wii U version that we reviewed back in November (http://www.gamezone.com/reviews/2013/11/02/lego-marvel-super-heroes-review-almost-as-good-as-a-genius-billionaire-playboy-philanthropist) at launch. Save for some graphical improvements and Remote Play, not much changes with the PS4. Core gameplay mechanics remain unchanged, so I won't touch too much on that. The camera at times presents some wonky views and switching between characters remains an annoyance, especially since you are required to do so often to solve puzzles.

On the whole though, LEGO Marvel Super Heroes on PlayStation 4 presents an opportunity to experience the same enjoyable action-puzzle-platforming gameplay with your favorite Marvel characers in adorable LEGO form. And on PS4, they look better than ever. Though some anti-aliasing is still apparent at times, the textures and lighting are slightly better and the draw-distance has been pushed out. The game looks great, but it looked good on the Wii U as well. For a LEGO game, it might be the best looking one I've seen yet...

To read the rest of the review, head over to GameZone.