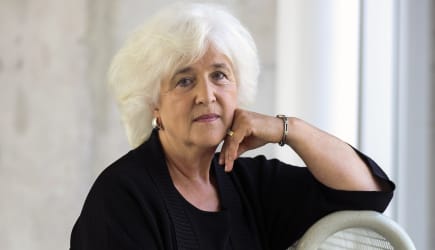 Workplace bullying is supposedly incredibly common. According to one survey, 35 percent think they have been victims of bullying at work, though what constitutes bullying is up for dispute. Still, it's surprising that the co-authors of a new book on workplace bullying have ended up in court, with each flinging explosive allegations, from plagiarism to, yes, bullying.

According to a fascinating article in the Toronto Star, it seemed like an ideal collaboration at first. Barbara Coloroso is a expert on bullying and an author of several bestselling books about bullying in schools. Andrew Faas, a former vice president of Shoppers Drug Mart in Canada, is the owner of a consulting firm specializing in reducing workplace bullying and violence. But nearly three years after they inked the $100,000 deal with HarperCollins, their partnership has disintegrated, with two lawsuits.

"I am stunned and troubled because my reputation and good will accumulated over the last forty years is at stake," Coloroso wrote in a September 2011 email to Faas and their editors, which is filed in her statement of defence.

In a response, Faas called her plagiarism accusations "slanderous" and said her email was a "classic case of deflection," accusing her of failing to do the work required and then laying the blame on him.

Quoting the English writer William Hazlitt, Faas warned Coloroso about the stain her "malicious imputations" could leave on his reputation.

"Madam, this, as you more than anyone should know," he wrote, "is a tactic used by bullies."

The Toronto Star had a copy of Faas' manuscript analyzed by a computer program that checks for plagiarism; it found evidence that seemed to back up Coloroso's claims.

Read the rest of the Toronto Star article here.

According to a Careerbuilder survey on workplace bullying, workers most often report being verbally bullied. Forty-two percent said they had been "falsely accused" of making mistakes. The other most common complaint: they had been "ignored."
Read Full Story