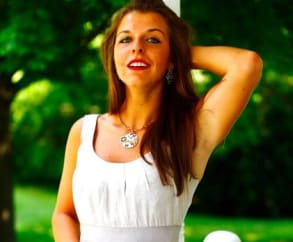 A former Northwestern University student claims that after she was admitted to an Illinois hospital for extreme intoxication, a doctor there took photos of her and posted them to social media sites with commentary about her condition.

Elena Chernyakova filed suit in the Cook County Circuit Court against Dr. Vinaya Puppala, the Feinberg School of Medicine and the Northwestern Memorial Hospital on Aug. 15, claiming invasion of privacy and infliction of emotional distress. Puppala is a fellow in the Multidisciplinary Pain Medicine Fellowship at Feinberg, which works in conjunction with Northwestern Memorial Hospital, according to court documents.

Chernyakova has the "potential to someday work for Fortune 500 companies, which may now not occur because of said photographs," according to the complaint. Court documents show that she is seeking compensation of over $1.5 million.

The incident allegedly took place this past June, when Chernyakova was transported to the emergency room at Northwestern Memorial Hospital for overconsumption of alcohol, according to the complaint. She was allegedly unconscious for eight hours.

Approximately 15 minutes after she had regained consciousness, Puppala, who was on duty at the time and knew Chernyakova through a mutual friend, visited her hospital room, according to the complaint.

The complaint alleges that Chernyakova never agreed to be photographed, and was not even in a condition to provide consent. The hospital and Feinberg Medical School "substantially assisted" Puppala in allowing this to happen, according to the complaint.

Chernyakova, according to her personal website, graduated from Northwestern in 2012, and is a freelance model and actress.

In a statement, the Northwestern Memorial Hospital said they were investigating the allegations and will cooperate with authorities but emphasized that Puppala was acting "entirely on his own."

"Any invasion of privacy at the hands of our trusted health personnel or extended care team of training fellows is unacceptable and not indicative of the Patients' First culture of Northwestern Memorial Hospital, which has zero tolerance for exploitation of private health information, including photography," the hospital said in a statement.

Rafael Vargas, the attorney who Joel Brodsky, Chernyakova's lawyer, said was representing Puppala, would not confirm that he is representing the doctor.

In addition to Brodsky, Chernyakova is represented by Brad Karlin and Patrycja Rynduch of the Karlin Law Firm LLP.
Related Stories From ABC News
Everything You Need To Know About The Next iPhone
Ex-Coach Acquitted In Zumba Prostitute Case
Household Items That May Be Spying On You
Tags
Read Full Story