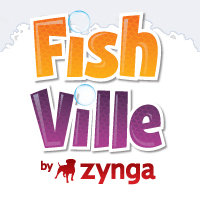 A survey was posted on the official FishVille fan wall today telling players that their feedback is valued and their time would be appreciated if they answered a few questions in a survey. While other game surveys are predominantly focused on themes and "what do you want to see next?", it looks as if FishVille are wanting to learn more about their player's habits while they're enjoying FishVille. The questions are mostly focused on the player's perception of how fun various activities are in FishVille, such as decorating your tank, engaging in social features, and competing against friends.

The first question asks players to rate how important different elements of FishVille are to them, and it has some interesting choices. One of these choices is "collecting all Sand Dollar fish" and another is "collecting ALL fish". While I'm sure we won't ever get to see the results of this survey, it is pretty clear that Zynga are wondering if releasing more Sand Dollar fish is a wise decision. There are also some basic questions about what level you are and how many tanks you have. There are only 6 questions in total, so the survey won't take long at all!

If you feel passionate about FishVille and would like your opinion to be heard, make sure to fill out the survey and let them know what you think!
Tags
Read Full Story